Spurgeon on Christians who Rail Against the Times 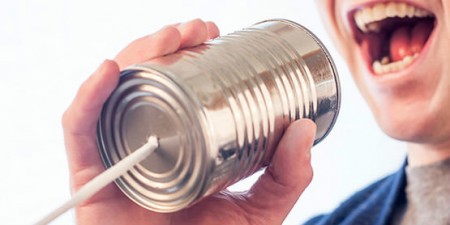 The current conspiracy theory, sky-is-falling, outrage culture can’t be reconciled with what the Bible says about living in the already of Christ’s Kingdom. Christians ought to be the last people to fall prey to doom and gloom hopeless theology, but sadly, it is thriving in contemporary evangelicalism. The problem is exacerbated by our minute-by-minute social media news cycle. The prophets of outrage, despair, and conspiracy often position themselves as courageous truth-tellers. But do not be fooled: the evangelical outrage industry is often more about building donor lists than it is about truth.

Few have ever questioned the courage and theological fortitude of the prince of preachers, Charles Haddon Spurgeon. His theological convictions were out of step with most of his ministry contemporaries, and the media often vilified him. In January 1888, after fighting for the doctrinal integrity of the Baptist Union in the Downgrade Controversy, Spurgeon was publicly censured by the Union. He acknowledged, “Men cannot say anything worse of me than they have said. I have been belied from head to foot, and misrepresented to the last degree” (159). With the vicious scorn and ridicule he often faced, it would have been easy for him to adopt a bitter and skeptical perspective on life and ministry, but he did not.

In addresses to students at Spurgeon’s Pastor’s College he warns them against adopting a doom and gloom perspective by constantly railing with outrage against the times. In 1872, he began his Annual Conference for these young preachers at which he customarily delivered a presidential address. The most outstanding of these addresses were reprinted after his death in the book An All-Around Ministry. These addresses brought the best out of Spurgeon and expose his pastor’s heart. They are as helpful for Christians today (if not more so in the age of social media) as they were to those who originally heard them.

Make no mistake; it is the best time in human history to be a Christian. We are the privileged people “on whom the end of the ages has come” (1 Cor 10:11).

Consider Spurgeon’s wise gospel counsel about railing against the times in the excerpts from An All-Around Ministry below.

What have you and I to do with the times, except to serve God in them?

Come fair or work come foul, my comrades, hold ye the fort. Some men attempt to excuse their own negligence by blaming the times. What have you and I to do with the times, except to serve God in them? The times are always evil to those who are of a morbid temperament.

A scholar tells us that he once read a passage from a book to a worthy gentleman of the desponding school; it described “these days of blasphemy and rebuke,” – I think that is the correct expression, – and lamented the failure of the faithful from among men. “Ah, how true!” said the worthy man, “it is the precise picture of the times.” “What times?” exclaimed the scholar. “These times, of course,” was the reply. “Pardon me,” said the scholar, “the sentiment was delivered about 400 years ago; examine for yourself the date of the volume.” The benefit of railing at the times it would be hard to discover, for railing does not mend them (52).

What have you to do with the times? Do your own work

What have you to do with the times? Do your own work. If God has made you a house-cricket, and bidden you chirp, you could not do better than to fulfill his will. As he has made you a preacher, you must abide in your vocation. Even if the earth should be removed, and the mountains should be cast into the midst of the sea, would that alter our duty? I think not. Christ has sent us to preach the gospel; and if our life work is not yet finished, (and it is not,) let us continue delivering our message under all circumstances till death shall silence us (52).

Every year is an exceedingly critical time and has people who gain a following by crying “Woe! Woe!”

So far as I remember, every year has been an exceedingly critical time; and so far as I can see in history, almost every six months some fervid spirit or another has written about “the present solemn crisis.” There are persons who always believe in the imminent peril of the universe in general and of the Church of God in particular, and a sort of popularity is sure to be gained by always crying “Woe! Woe!” (64).

Prophets who will spiritually imitate Solomon Eagle, who went about the streets of London and the time of the plague, naked, with a pan of coals on his head, crying “Woe! Woe!” are thought to be faithful, though they are probably dyspeptic. We are not of that order: we dare not shut our eyes to the evils that surround us, but we are able to see the divine power above us, and to feel it with us, working out its purposes of grace.

We say to each of you what the Lord said to Joshua in the chapter we have just read, “be not afraid, neither be thou dismayed: for the Lord thy God is with thee whithersoever thou goest.” Our trust is in the living God, who will bring ultimate victory to his own cause (64).