Okay, these are crazy times, but let’s not forget why we are here—The Great Commission 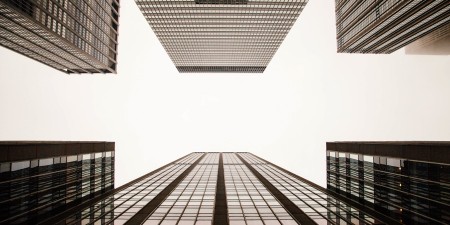 In the biblical narrative, the “many stories constitute a single Story” as Stephen D. Dempster has noted (Dominion and Dynasty: A Theology of the Hebrew Bible, 231). The story begins with God as the creator-king of the cosmos making man in his own image to rule the earth from His garden-kingdom, under His authority, and ends with renewed mankind in a new heavens and new earth reigning with God forever and ever (Gen 1-2; Rev 22:5).

Between those two grand realities that bookend redemptive history is the story of cosmic warfare as Satan in the person of a Serpent attacks Adam, God’s vice-regent, enticing him to sin and establishing his parasitic kingdom on earth (Gen 3). This parasitic enemy occupation means that all men and woman apart from the promised seed of woman lie in the power of the evil one (Gen 3:15; 1 John 5:19) seeking to establish their own kingdoms and in the process serving their father, the Devil (John 8:44).

Those who trust in the promised seed of woman, Jesus of Nazareth, commit their lives to constant warfare in His name and united to Him by faith they are already apart of the eschatological age to come though it is not yet consummated, so they fight on. They fight knowing that the last Adam, Jesus, the skull crushing Savior, has already defeated Satan through His cross and resurrection, restoring mans rightful rule of the cosmos. But they also fight longing for the consummation of the kingdom of Christ (1 Cor 15:24-26) with hearts that never stop saying, “Come Lord Jesus” (Rev 22:20) knowing that when He returns there will never again be any sinister intruders because nothing unclean will ever enter the eternal kingdom (Rev 21:27).

George Eldon Ladd notes, “As an instrument of judicial righteousness God has permitted Satan to exercise such influence in This Age that Paul can speak of him as the god of This Age” (The Gospel of the Kingdom: Scriptural Studies in the Kingdom of God, 30). Our hope in the face of demonic assault is that the glory of the age to come has already invaded this present evil age in Jesus of Nazareth, in whose person the kingdom of God was at hand, but whose kingdom will not be consummated until the eschaton.

Until that time, the believer must realize that he or she lives in the overlap of the ages, a time of constant warfare, a time in which God is at work rescuing sinners “from the domain

[kingdom] of darkness” and transferring them “to the kingdom of His beloved Son” (Col 1:13). The believer presently participates in the eschatological age to come, while at the same time he still lives in this sin filled world. Thus, spiritual warfare is not an isolated activity or specialized ministry that some believers decide to get involved in; rather, spiritual warfare is what it means to live for Christ in this world.

The eschatological reality of the battle of the kingdoms reveals the primacy of evangelism in our spiritual warfare. The initial promise of Yahweh in the fallen kingdom was that He would establish and consummate His kingdom through a future seed born of woman who would crush the head of God’s enemy. This promise is innately eschatological and means that all of redemptive history constantly looks forward with an eschatological pull. Van Groningen explains the eschatological perspective of Genesis 3,

To think of eschatology is to think of the messianic task. Biblical messianism and eschatology are inseparable. The seed of the woman will determine the full dimensions of the restored fellowship between the sovereign Lord and his viceregents. It will determine the future of mankind’s status, position, and function in the cosmos, and because of that, a future cosmos as well (Messianic Revelation in the Old Testament, vol. 1, 115).

The front lines of this cosmic battle always involve the constant fight for the souls of human beings (2 Cor 4:3-6). Satan’s hatred for God is channeled in the direction of seeking to destroy God’s image bearers, keeping them captivated by this present evil age and its end of destruction. The glory of eschatological consummation is found ultimately in the manifestation of the kingdom of God in Christ when the seed born of woman is gathered together with the collective seed born of woman (those at enmity with Satan and united by faith to Christ and therefore subjects of His kingdom) knowing that once and for all the seed born of woman has destroyed the works of the Devil (Heb 2:14; 1 John 3:8; Rev 20:10).

Until that time, the church, which serves as the outpost of the kingdom of Christ in this present evil age, preaches the gospel of the kingdom declaring the manifold wisdom of God to “the rulers and authorities in heavenly places” (Eph 3:10). Gospel proclamation to every tribe, tongue, and nation is the absolutely indispensable ministry of the church and is a part of God’s sovereign plan to consummate His kingdom and sum all things up in Christ (Matt 24:14; Eph 1:9-10). God’s sovereign kingship is on display in redemptive history as Satan and his principalities and powers lash out against Christ and the subjects of his kingdom and it becomes clear that even their rebellion ultimately serves His purposes. What a comfort and motivation the cross of Christ provides for Christ’s warriors who suffer for proclaiming the gospel of the kingdom in the present evil age (Acts 2:23-24).

The mistake is often made of thinking about spiritual warfare in a myopic sense. When people hear the phrase “spiritual warfare” they often think about some specialized ministry, often sensationalized, or they only think in terms of particular personal spiritual disciplines. Spiritual warfare is simply what it means to live the Christian life. But I also want to be clear that spiritual warfare should be thought of primarily in corporate terms. No one has any hope in the battle against Satan and his demonic forces apart from Christ and His church. The apostles had no category for anyone living as a Christian outside the community of faith—gathered in local churches.

When someone thinks about spiritual warfare, first and foremost, in cosmic and corporate terms they are forced to keep their focus on the ultimate goal of redemptive history, which is the glory of Christ in “bringing many sons to glory” through establishing His kingdom, destroying the works of the Devil and abolishing his kingdom of darkness (Heb 2:10; 12:28; Col 1:13; 1 John 3:8).

Russell D. Moore challenges believers to understand the evangelistic mandate in these cosmic and corporate terms when he writes,

Evangelism holds a place of primacy in our understanding of spiritual warfare because eschatology holds a place of primacy. Evangelism is God’s appointed means of rescuing image bearers from “the domain of darkness” (Col 1:13). It is not enough for the Christian to think about spiritual warfare in terms of putting on individual armor (Rom 6:10-20) or being actively engaged in the purposes of the church; worship, discipleship, service, prayer, fellowship, and evangelism. During this overlap of the ages it is important to note that the armor of God and living out the purposes of the church ultimately are aspects of active warfare in the Great Commission mandate of king Jesus. As Clinton Arnold contends, it is not just one spoke of the wheel of our ministry that “engages in outreach; it is the whole wheel” (3 Crucial Questions about Spiritual Warfare, 51).

In John’s Revelation, writing to the church at Ephesus, the Spirit promises the churches, “To him who overcomes, I will grant to eat of the tree of life which is in the Paradise of God” (Rev 2:7). The fulfillment of the promise means for this new humanity a complete reversal of the banishment from God’s garden-kingdom. To “overcome” means to conquer and Ladd correctly notes, “The idea of conquering suggests warfare. The Christian life is an unrelenting warfare against the powers of evil” (A Commentary on the Revelation of John, 40).

The Spirit through John, promises these overcomers: “He who overcomes will not be hurt by the second death” (Rev 2:11), the overcomer will receive “hidden manna” and a “white stone” from God (Rev 2:17), ruling “authority over the nations” (Rev 2:26), will be “clothed in white garments” with a name in “the book of life” that will not be erased (Rev 3:5). The overcomer will be a “pillar in the temple of God” (Rev 3:12), and will sit with Christ on the throne of God (Rev 3:21).

In Revelation chapter 12, the overcomers are most clearly displayed as those who have overcome “the serpent of old who is called the devil and Satan” (Rev 12:9) “because of the blood of the Lamb and because of the word of their testimony, and they did not love their life even when faced with death” (Rev 12:11). The chief characteristic of an overcomer is his or her verbal testimony of faith in Christ and willingness to be martyred rather than be silent. This is nothing more than living out the mandate of Christ in Acts 1:8, “but you will receive power when the Holy Spirit has come upon you; and you shall be My witnesses both in Jerusalem, and in all Judea and Samaria, and even to the remotest part of the earth.”

This is how the kingdom will come (Acts 1:6; Matt 24:14) and this is why all Christian activity in the present overlap of the ages serves the evangelistic mandate. The triumphant march of the gospel throughout the world is the chief way that believers join Christ in plundering the strong man in his own house (Matt 12:29; Mark 3:27; Luke 11:21). The church joins the voice of Jesus in calling the nations to come to Christ (Rev 22:16-17) and in so doing puts Satan under our feet for the time when Jesus does what Adam failed to do and crushes the head of the serpent with finality (Rom. 16:20).

In other words, it is a great time to be a Christian with the hope of the Gospel and on mission for King Jesus.