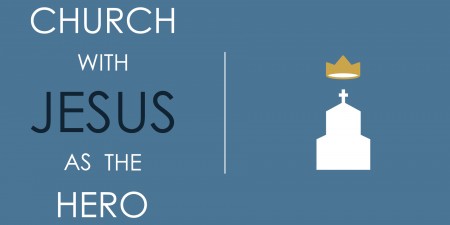 Have you ever wondered why churches today seem so different than the churches of the New Testament? Sure, the problems of the church at Corinth make their way into many local congregations in the twenty-first century, but something else is missing. The early church in Acts seems a far cry from the churches inhabiting much of the U.S. today, but what is the missing element?

The apostle Paul, the former terrorist turned church planter responsible for the launching of most of the congregations spoken of in the New Testament, gives a prophetic word from the first century that might grind against the ideologies and methodologies of today’s churches. Paul wrote to the Corinthian Christians, “Now I would remind you, brothers, of the gospel I preached to you” (1 Cor 15:1). Later, he wrote that this gospel was “of first importance” (1 Cor 15:3). The apostle Paul wrote to believers to remind them of the good news of God’s reconciliation of sinners through the work of Jesus, because the gospel was the first priority in his ministry and was supposed to be the first priority for the Corinthian Church.

Many churches today have swerved from the unwavering truth of gospel-centrality, and in doing so Jesus has been sidelined as an add-on for the occasional evangelistic invitation. For this reason, pastor and professor David Prince authors Church with Jesus as the Hero. As he puts it, the time has come for churches to reject “Little Bo-Peep Christianity” (11). In order to fight for Jesus and his gospel of the kingdom as the center of all of church life, Prince gives several brief chapters to help modern churches in the task.

The first half of the book focuses on recovering Christ as the theological center of the Bible and as the Hero of every sermon. Without Christ crucified as the central theme of the sermon, the sermon cannot be classified as truly Christian. The apostle Paul sums up the content of his preaching ministry in his letter to the Colossians. He writes emphatically, “Him we proclaim” (Col 1:28). Leaning on the tradition of the apostle Paul and historical giants like Andrew Fuller, Prince and his staff at Ashland Avenue Baptist Church in Lexington, KY masterfully walk through various texts in Scripture to show how to exalt Jesus as the true Hero. Since the preaching and teaching of the Word fuels all other elements of corporate worship, Church with Jesus as the Hero excellently lays the foundation for the rest of the work.

While Christ-centered, gospel-focused preaching seems to have caught traction any many of our churches in recent years, pragmatism and lack of intentionality still plague some of our congregations. Prince and his staff simply will not stand for it as they pen seven whole chapters on making Jesus the Hero of every component within the life of the church. From music to adoption to missions, Jesus is the “Alpha and the Omega” (Rev 1:8; 21:6; 22:13). Yes, even announcements can point toward Jesus and his redemption, and Prince shows readers how to frame announcements in a way that magnifies the beauties of the gospel. The book guides pastors and church members to make the main thing of the gospel as the plain thing of the church.

The only negative to be found in Church with Jesus as the Hero is that it has not yet been placed into every pastor and church member’s hand. At our church we walked through several passages of Old Testament Scripture using Prince’s “A Simple Guide to Reading and Applying the Bible with Jesus as the Hero.” I cannot express adequately enough how much it helped me to teach Jesus as the central focus of the Bible, but more than that it has helped to transform the way our congregation reads the Scripture as being all about Jesus and his mission to reclaim worshippers for his kingdom. Now, we have a more thorough guide to help us cultivate a Jesus-centered culture at our church. May God grant grace to the readers of this book, but more than anything, may he increase the number of readers.