Every Sermon Should be On a Gospel Errand 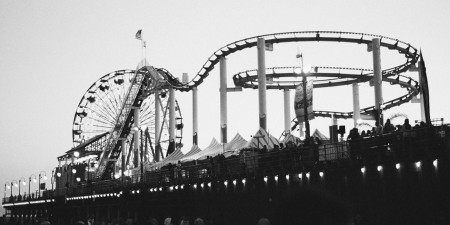 After preaching for over 20 years and teaching preaching at the Southern Baptist Theological Seminary for close to 10 years, I have observed that many sermons fall flat because they lack a cohesive unity of design and thought. Many preaching students think of preaching simply as providing biblical information, which often leads many preachers to conceive of their sermon notes as their sermon. I spend a great deal of time convincing my preaching students that sermons are an oral event. Sermon notes and outlines are not sermons; rightly understood, they are merely tools to aid the preacher in oral proclamation. The sermon is what is said and not what is written.

Envisioning preaching as simply stating aloud the resulting information of one’s exegetical study is a hindrance to an effective sermon. Where preaching is thought to be simply a transfer of information, the importance of face-to-face personal proclamation is devalued. Preaching is not simply the repetition of the biblical testimony or a summary of a portion of Scripture, but rather, it is the persuasive proclamation of Christ-centered biblical truth to a particular group of people in their concrete historical situation. Information-dump type sermons usually contain a great deal of true information, but it is presented in a disconnected and abstract fashion. There is often little awareness in sermons that the biblical narrative is a story and the biblical preaching text is a story within the larger gospel story.

This problem of informational but disconnected sermons is not a new one. Consider the thoughts of legendary Baptist pastor-theologian Andrew Fuller (1754-1815) in a letter about the composition of sermons:

Many sermons are a mob of ideas; they contain very good sentiments, but they have no object in view; so that the hearer is continually answering the preacher, very true, very true; but what then? What is it you are aiming at? What is this to the purpose? A preacher then, if he would interest a judicious hearer, must have an object in which he aims, and he must never lose sight of it throughout his discourse. This is what writers on the subject’s call a unity of design; and this is a matter of far greater importance than studying well-turned periods, or forming pretty expressions. It is this that nails the attention of an audience. One thing at once is a maxim in common life, by which the greatest men have made the greatest proficiency. Shun, therefore, a multitude of divisions and subdivisions. He who aims to say everything in a single discourse, in effect says nothing. Avoid making a head or particular of every thought. Unity of design may be preserved consistently with various methods of division; but the thing itself is indispensable to good preaching (1:719).

I attempt to get my preaching students to think about sermon divisions as moves rather than points. Moves imply the unity of design that Fuller advocates. When I co-taught preaching with Russell D. Moore, he would often say that a sermon is not like a trip to the zoo with unconnected exhibits to examine separately; rather, it is like a roller coaster with highs and lows but a unity of design and purpose. Fuller explains,

“The human mind is so formed as to delight in unity. To divide the attention is to weaken, if not destroy it” (1:719). Fuller adds, “Many of what are called sermons would be found to require three or four titles to answer to their contents; which at once proves that, properly speaking, they are not sermons” (1:720).

Fuller also provides a helpful warfare illustration of the importance of concentrating forces by alluding to an attempt to break down an advancing line of soldiers or a wall that is protecting the enemy. He explains, “In opening a battery against a wall, you would not throw your balls at random, first at one place and then at another, but direct your whole force against a particular spot. In the one case your labor would be thrown away; in the other you are likely to make ineffectual impression” (1:720). This graphic imagery precisely illustrates what is wrong with sermons that communicate true information but do not possess a cohesive unity of thought and purpose. The various truths in the sermon are so scattered that they do not penetrate the heart and mind of the hearers.

Fuller explains that every sermon should possess “a leading truth to be proved” or what he sometimes refers to as a gospel “errand.” In other words, the purpose of the sermon and the moves of the sermon are to accomplish a specific gospel purpose. According to Fuller a sermon without an errand “is not preaching, but merely talking about good things” (1:715, 720). A sermon’s unity of purpose and design must ultimately be related to the person and work of Christ and his gospel of the kingdom. Fuller asserts, that we “preach not only the truth, but all truth, as it is in Jesus” (1:516). Thus, every sermon should be on a gospel errand. The moves in the sermon should reflect the uniqueness of the particular biblical text in its immediate context, but they should also provide a cohesive path in accomplishing the sermon’s gospel errand.