Can Busyness be a Key to Christian Spirituality? 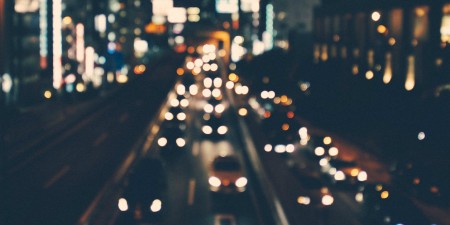 Could it be that what is inhibiting your spiritual devotion and growth is that you are not busy enough? It is a strange sounding question, I know. Most of the Christian spirituality authors focus almost exclusively on solitude with God, private devotions, and a very individualistic pursuit of spirituality. However, I have noticed in my reading of church history that Christian spirituality is cultivated in a quite different manner. In fact, I think it’s helpful to think about busyness itself as a spiritual discipline.

Several years ago, while preparing a lecture on the great Baptist pastor-theologian Andrew Fuller, I noticed that he credited busyness in the cause of Christ as a key factor in his cultivation of Christian joy. At the conclusion of my lecture I attempted to draw some contemporary applications from Andrew Fuller’s life and ministry. My first application was that we must not always see busyness as an enemy of Christian spirituality. Rather, we must spend and be spent for the sake of the Gospel with an energetic and rugged spirituality.

The importance of missional activity for Christian spirituality is not a point I have seen developed a great deal, but I think it is an important one. Recently, while reading a journal article about Andrew Fuller by Peter J. Morden the author made a similar observation about Fuller. Morden explains how Fuller’s commitment to the newly founded Baptist Missionary Society in England led to a rigorous schedule of writing in defense of the society and traveling great distances to raise awareness and financial support of the society, and all of this was in addition to his pastoral responsibilities. According to Morden, Fuller “became less introspective,” and he discovered the dynamic that “activity in the cause of Christ led to joy” (“So valuable a life…” A biographical sketch of Andrew Fuller (1754-1815), SBJT 17.1

We almost always think about spirituality in terms of reflection that strengthens us and is ultimately lived out. We almost never think of the inverse reality: activity in the cause of Christ that, when lived out and reflected upon, strengthens us. It was Fuller’s focus on personal solitude, private devotion, and an individualistic pursuit of spirituality that was inhibiting his assurance and delight in the gospel. It was his busyness in a cause that he knew was biblically right that reoriented his thinking and reclaimed joy in his personal devotion.

As Fuller would write, “Christian experience clings to Christ and his gospel. The religion of some, who talk of experience, goes to idolize their own feelings and admire their supposed graces. But true Christian experience thinks little of self, and much of Christ” (Complete Works, Sprinkle edition, vol. 1, 516-517). As with Fuller, the problem with the way some Christians pursue spirituality is that it thinks too much of the self and makes an idol of one’s feeling and emotions. Often, it is the action of living out the implications of the gospel that feeds our soul and ensures that our quiet time spirituality is not self-centered but Christ-centered and gospel-focused.

Of course, busyness for the sake of busyness, or busyness as spiritual performance, is a problem adversely affecting many people’s spiritual lives. Some of what we call busyness is actually idleness. I am not completely sure what Farmville is, but I am confident that raising fake computer crops should not be understood as being busy. But, it is also true that thinking spirituality is exclusively cultivated in solitude and rightly evaluated by our feelings is a problem as well. Jesus told his disciples, “Take up your cross and follow me.” The pattern of teaching we see in in Jesus’s instruction involves both missional activity that leads to reflection and gospel reflection that is lived out in the real world. Learning to walk in line with the gospel involves a reciprocal relationship of reflecting and doing.

It could be that the busyness we often complain about is the strategic opportunity for us to live out the implications of the gospel and to grow in spiritual devotion. In other words, it could be that you are struggling in your quiet time because you are leaving the gospel there and despising the opportunities God is giving you to live out the cause of Christ. For some, more time of reflective solitude would only increase their struggle and further inhibit devotion to Christ. Perhaps, reclaiming your busyness for the cause of Christ would lead to increased spiritual devotion and personal gospel joy.