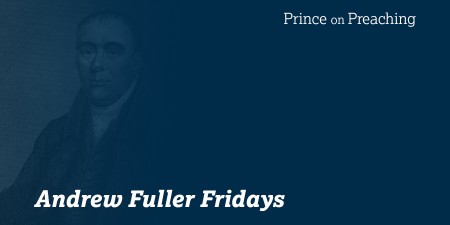 “If we bear a sincere regard to moral excellence, we shall regard every being in proportion as he appears to possess it; and if we consider the Divine Being as possessing it supremely, and as the source of it to all other beings, it will be natural for us to love him supremely, and all other beings in subserviency to him. And if we love him supremely on account of his moral character, it will be no less natural to take pleasure in contemplating him under that character.

On the other hand, if we be enemies to moral excellence, it will render every being who possesses it unlovely in our eyes. Virtuous or holy characters may indeed command our respect, and even admiration; but will not attract our affection. Whatever regard we may bear to them, it will not be on account of their virtue, but of other qualities of which they may be possessed. Virtuous characters may be also wise and mighty; and we may admire their ingenuity, be delighted with their splendour, and take pleasure in visiting them, that we may inspect their curiosities; but, in such cases, the more things of a moral nature are kept at a distance, the more agreeable will be our visit. Much the same may be said of the Supreme Being. If we be enemies to moral excellence, God, as a holy Being, will possess no loveliness in our eyes. We may admire him with that kind of admiration which is paid to a great genius, and may feel a pleasure in tracing the grandeur and ingenuity of his operations; but the further his moral character is kept out of sight, the more agreeable it will be to us.”