Reviewing a Classic: The Rare Jewel of Christian Contentment 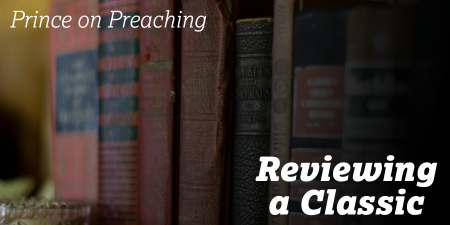 I’ll never forget the time I had the privilege to lead a Bible study in an underground house church in an undisclosed location in the Middle East. I was asked to teach on the subject of suffering from the book of Acts, and as I did, I noticed that the entire church began looking around with smiles. I thought, “Why are these people smiling about the subject of suffering and persecution?” Well after I finished teaching, I asked the church to explain their smiles, at which point every person in the room began telling story after story of how they had all suffered imprisonments, loss of family, death threats, and more for the sake of Jesus. They had all endured suffering for the name of Jesus, just as the Lord promised, and, with all contentment, they counted their afflictions as joy. Yet, for many Christians in America, our propensity is to become grumbling malcontents as soon as something doesn’t go our way. One’s political candidate doesn’t get elected, so one complains. The worship music doesn’t fit one’s style, so one murmurs. One loses a job, so he or she grumbles. So often, we are a discontented people who forget that Jesus Christ has risen from the dead and is reigning at the right hand of God the Father having trampled Satan, sin, and death on our behalf as the King of Kings and the Lord of Lords.

In The Rare Jewel of Christian Contentment, Jeremiah Burroughs, though having been dead over four hundred years, speaks to his reader about the nature and necessity of contentment in the life of every Christian. The first four chapters of the book are devoted to defining Christian contentment and the mystery found therein. Having defined contentment as “that sweet, inward, quiet, gracious frame of spirit, which freely submits to and delights in God’s wise and father disposal in every condition,” Burroughs moves to demonstrate how Christ teaches contentment and to explain the excellencies within (19). Burroughs then shows the evils of a murmuring spirit and how the heart is prone to justify the sin of murmuring before concluding with a couple of chapters describing how to attain contentment.

Burroughs, like so many of the Puritans, was a surgeon of the soul who could point out its brokenness and sinfulness only to repair it with the balm of the gospel. For example, Burroughs notes that we wrongly think about the sin of grumbling, the sin of turning mercy into misery (156). He argues that we are prone to think we are content if, in afflictions, we aren’t grumbling with our mouths; yet, he shows from Psalm 62:1-5 that the soul, in addition to the mouth, must also be silent before God (20). If we fail to understand that discontentment is a response of the heart to the providence of God, we fail to understand the depths in our beings to which God demands our trust and joy. Furthermore, Burroughs argues from the book of Numbers that when the inner man is not content and grumbling issues forth, God’s wrath is provoked, concluding, “there is more evil in it

[grumbling] than you were aware of” (162). His point is that any kind of grumbling, no matter the difficulty of one’s circumstances, is a sin of faithlessness against trusting in the sovereignty of God that brings about the judgment of God; it is no light matter to be discontent.

So, what’s the remedy when the heart is tempted to complain? It’s not a change of circumstances. According to Burroughs (and the Bible), the answer lies in understanding the truth of the Word of God in the gospel. Burroughs calls his reader to remember, “I am nothing, and I deserve nothing. Suppose I lack this or that thing which others have? I am sure that I deserve nothing except it be Hell” (87). Remember your sin and what it does deserve, and you will be content knowing that anything besides Hell is grace. Remember your relation to God with him as Father. “[I]s there anything that should disquiet your heart when you stand in such a relation to the King, as the King’s son” (144)? Remember your relation to Jesus as his bride. “So does not Christ your husband say to you, ‘Am I not better to you than thousands of riches and comforts, such comforts as you murmur for want of’” (145)? Remember the eternal, blood-bought mercies you’ve been given in Christ for they are greater than any earthly affliction (175). The list of gospel remedies goes on and on, and they are sweet reminders to the soul of the goodness of God to his people no matter the afflictions being endured for the purpose of increasing joy and for the purpose of dispossessing discontentment in the lives of those who have every reason to be the most content people on the planet.

The Rare Jewel of Christian Contentment does come with its challenges. The biggest challenge is that that the book requires patience to read because the writing style and use of language by the Puritans is simply different from what is common today. For example, Burroughs asks a lot of rhetorical questions before proceeding to give an answer to a possible objection to his argument. If you don’t understand that hypothetical situations are set up only be answered subsequently, the book will be hard to follow. Also, one must understand that semi-colons are used frequently and function more like periods than they do commas such that most semi-colons are used to divide two related sentences.