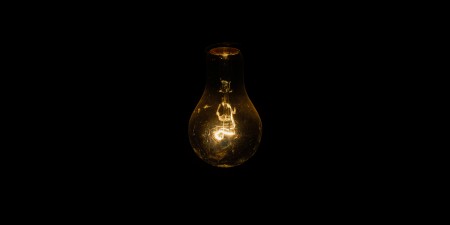 Horatius Bonar (1808-1889) was a Scottish preacher, hymn-writer, and writer. He was known for his powerful Christ-centered expository preaching, his voluminous writings, evangelistic zeal, and his hymns, which have been sung throughout the English-speaking world. Bonar was a champion of doctrinal orthodoxy but he despised a cold, dead, cerebral orthodoxy in which a man could affirm a sound doctrinal statement, but ministered as if unmoved by it. He asserted, “The true minister must be a true Christian.” In the short article below Bonar pleads with Christian preachers to zealously preach Christ.

All these things then we preach; all these you hear;—peace, the gospel, the word, the kingdom, remission, the faith, the cross; but, above all, Christ Himself, in whom all these things are treasured up, in whom is the fullness of all of them.

In so doing, then, we preach—

II. Christ’s name.—His name is Jesus, Immanuel, the Christ, the Son of God. It is a name above every name. The naming of that name is proclaiming the gospel of Christ; for that name contains glad tidings; it is the name of names; His name is as ointment poured forth. With the voice of a trumpet we sound His name abroad, that the whole earth may hear it, and rejoice in it. Of itself that name is good news, the joyful sound.

III. Christ’s life.—He dwelt among us; doing and speaking grace. His whole life was a gospel; each part of it, even the least, was good news. In His going out and coming in we have the good news. Miracles, parables, sermons, all contain the good news. His whole life is the fullness of glad tidings for the sinner. ‘This man receiveth sinners.’

IV. Christ’s righteousness.—He was the Righteous One, fulfilling the law for us; working out for us and presenting to us ‘the righteousness of God.’ A divine righteousness for the unrighteous is that which we preach. Jesus the Just One, living, suffering, dying for the unjust. A spotless, seamless, glorious raiment, instead of our tattered, filthy rags; perfection for imperfection; glory for shame; justification for condemnation.

V. Christ’s blood.—By blood-shedding and death He has accomplished the infinite work. Life has been given for life, and the sentence of death reversed. Blood has been shed; the blood of the everlasting covenant; the blood of reconciliation and atonement and cleansing; precious blood; the blood of the Lamb without blemish and without spot; the blood of the mighty sacrifice; the blood shed for many for the remission of sins; blood which pacifies the conscience, which cleanses the whole man.

VII. His ascension.—He has ascended on high, leading captivity captive. He has returned to His Father and our Father. His work on earth was done; His words on earth were spoken. He has now ascended; and is now exalted, a Prince and a Savior, to give repentance and forgiveness of sins. As the ascended One we preach Him.

VIII. His intercession.—He ever liveth to intercede for us. He is the High Priest above; the Advocate with the Father. He pleads for us; and Him the Father heareth always. In love and power He intercedes; for His is an advocacy which cannot fail,—it is a mighty intercession; an intercession in which the Father delights; an intercession which gives us the assurance of present and eternal security.

IX. His second coming.—‘Behold, He cometh with clouds.’ ‘Behold, I come quickly.’ ‘Behold, the Lord cometh, with ten thousand of His saints.’ These are some of the intimations given us concerning an event which (with its accompaniments) occupies a very large portion of Scripture; so large, that one wonders how such a very prominent truth could have been so little preached and so little believed. The early Christians were full of it; but later ages have almost dropped it from their creed, or reduced it to a minimum as an object of faith. The Church of the first century delighted in it; the Church of the nineteenth turns from it with coldness, or aversion, or dread. But if we would preach a full Christ, in all the completeness of His work from first to last, we must preach a coming Christ as well as a Christ who has come. We must preach His second and glorious advent to judge and to reign; to smite Antichrist, to restore Israel, to bind Satan, to convert the world, to deliver creation, to set up His holy kingdom, and to make all things new.