Why I Love the South 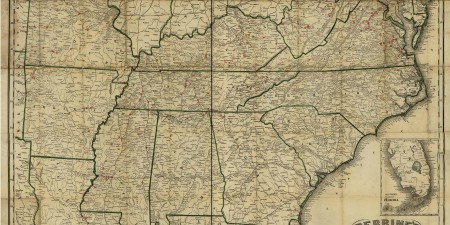 I love the South.

There was a time in my misguided youth when I might not have been so bold in that declaration. I briefly bought into the idea that a Christian commitment to global gospel awareness meant that one ought to be rootless with a cosmopolitan identity rather than a local one. However, I found that exchanging a distinctive regional identity for a bland, generic global identity meant the loss of incarnate communal interdependence. As Allan Tate wrote over seven decades ago, it is a unique sort of world provincialism where people, “begin every day as if there had been no yesterday” (The Virginia Quarterly Review, Spring 1945). The truth is that rootless people care less about other places around the globe, not more, because rootlessness is inherently self-referential.

Our transient, globalized, digital culture often feels awkward about our rootedness, but we must remember that when the cosmic Lord came in human flesh he was known, even by demons, as “Jesus of Nazareth” (Mark 1:24). Some saw his rootedness in an ordinary family and a modest town as a liability (John 1:46, 6:42, 7:27), but Jesus was from somewhere and it mattered—and the same is true for us. Contemporary neo-gnostic tendencies that attempt to transcend place fit well within utopian notions of human progress but fail when faced with the concrete realities of the past and the present. The rejection of the concrete for an abstract spirituality serves to domesticate the transcendent and leaves us with vain religious sentimentality.

Our rootedness in a particular place in this fallen world should serve our longing for rootedness in the world to come (Hebrews 11:16). We have already had the opportunity to experience family, fellowship, love, and place—however imperfectly. To act as though we come from nowhere is a prideful commentary on our understanding of the past as well as the future. It is dehumanizing to trade an identity rooted in inhabiting a concrete portion of the created world for a world where we exist but do not actually live in any particular place. Our cultural placelessness creates a world in which we are strangers no matter where we are—with no place to call home. We are often in cyber-touch daily with all kinds of people from places all over the world while we have little contact with people in the particular place where we literally are.

My life is rooted in Southern soil—Alabama in particular. I never hear the song “Sweet Home Alabama” without smiling with a sense of delight. According to God’s design, I am Southern, I am David of Alabama (and now David of my adopted home, Kentucky). There are sights and sounds from the area where I grew up that will never leave me because they helped form me. William Faulkner said, “You have to have somewhere to start from: then you begin to learn. It don’t matter where, just so you ain’t ashamed of it” (Cleanth Brooks, William Faulkner: Toward Yoknapatawpha and Beyond, 142). It is the reality that our lives are marked by time and place that rescues our lives from merely being an abstraction. Our placedness is always local and particular, which means it is historical, geographical, social, and cultural.

Y’all is one of my favorite words in the English language. It is an inclusive and precise term. Y’all is a second person plural, meaning it is a plural version of “you.” So, for example, somebody would say: “You want to go to the game?” (if referring to a single person) and “Y’all want to go the game?” (if referring to a group of people). The distinction seems to me as linguistically important as the distinction between “I” and “we” and “he” or “she” and “they.”

At one time, English used “thou” as second person singular and “you” as the plural form, but that usage faded in America about a century and a half after the Mayflower dropped anchor, leaving Americans with the imprecision of “you” performing double duty. Southerners came to the linguistic rescue of their fellow countrymen with the wonderful word “y’all.” You can easily tell a Southern poser if they make the horrendous mistake of writing the word y’all as “ya’ll” (that was even difficult for me to type).

Southerners tend to take it as a badge of honor when grammar snobs rail against the use of the word “y’all” as improper. There are those who count a Southern accent and grammar as backward and illiterate talk, but Southerners love being underestimated. Any Southerner could immediately mention William Faulkner, Flannery O’Conner, Eudora Welty, Harper Lee, and many others, but that would be bragging. As Richard Weaver once remarked, “The South did not become prolific in literature by following the advice of its outside critics” (The Southern Essays of Richard Weaver, 50).

One of the secrets of the success of Southern literature is that Southern culture thinks in the plural—the y’all. Southern culture has always valued place and people over abstraction. Weaver explains about Southern people, “You will observe the preference of knowledge of men over knowledge of books” (The Southern Essays of Richard Weaver, 219). Our utilitarian culture of efficiency often gives us more stuff, while at the same time taking from us the things that matter most. Southerners have tended to think about the world in terms of people. The South has traditionally formed a cultural resistance against this kind of depersonalization. Most Southerners can tell you stories about family members of generations past. Most also know their neighbors, and the people in the neighborhood. Southern hospitality is a stereotype because it is largely true. As Darius Rucker sings in his song Southern State of Mind, “I’m always walkin’ ’round Tellin’ everybody hi, Just a wavin’ at the strangers, In the cars passin’ by.” There is simply a great awareness of the people around you. You think of life in terms of the “y’all.”

There are certainly disturbing and tragic aspects of the Southern story. It is farcical to paint racism merely as a Southern problem in America.  In early 1900s America, white supremacy and racial segregation were perverse cultural truisms enforced de facto (in effect) in the North and de jure (legally) in the South. Racism is a sin problem, and it has been an American problem. Nevertheless, the American South appropriately bears a greater proportion of responsibility for its misguided and sinful attempt to defend the institution of slavery and its opposition to legal acknowledgement of civil rights for all races. But, it is wrong to collapse one’s understanding of the South completely into its tragic and historic mistakes regarding race as if that is all there is to say about the South.

One of my favorite articles of the last couple of years was a moving piece published in The Bitter Southerner by Errin Whack, a young black woman, on the need to remove the confederate battle flag from government buildings. Her piece was called, “Look Away, Dixie Land,” and in the article she wanted to be clear—she loves the South. She compellingly wrote,

I feel compelled to let people know, to remove any doubt, that I am, in fact, a Southerner. And not just a Southerner — a proud Southerner.

This means many things, among them: Coke, never Pepsi, is practically a commandment. No, I would not like unsweetened tea, ever. Always real bacon. Always. Sometimes boiled peanuts.

Oh, and do not plan anything on the last Saturday in October if you expect me to attend.

I grew up eating muscadines. I believe wraparound porches are God’s living room. My play clothes all had red-clay stains on the knees. I ate watermelon — with my white playmates, in our front yard.

There are different ways to be Southern. Clinging to the rebel flag and the ugly past it represents should not be one of them (link).

Those poignant words delight me in a deep part of my soul, and I can say “Amen” to every word. Though I would say, “Always boiled peanuts. Always,” not simply sometimes. Like Errin Whack, I love the South, and I am thankful to God for my cultural rootedness in Southern soil. And like her, I want the best for my beloved homeland. Loving the South means honesty about its faults and seeking its best in the present. I believe the South is and has always been important to the American project. I also believe the South has a strategic role to play as the nation moves into a post-Christian era where Christians have become a prophetic minority rather than a moral majority.

I believe the South possesses some vital qualities that will allow it to thrive and lead in a culturally chaotic time. Southerners generally possess a greater love and appreciation for place and awareness of their physical surroundings. Every time someone asks why someone would support a college football team of a school they did not attend, you know you are listening to a non-Southerner (or at least a wayward one). The query is nonsensical to most Southerners. You choose to support a college football team from your area for the same reason you listen to and love the great music of the region—where you are from is a part of who you are.

The South uniquely values and appreciates eccentricities and oddities more than most regions. Almost every family in the South has a crazy uncle, and most families are not embarrassed by him, as much as they find him strangely endearing (which partially explains the success of The Paul Finebaum Show). One way to explain it would be that the South is more culturally conservative but individually less uniform and more tolerant of odd individuals. Where do you think all of those stories come from? Flannery O’Conner wrote, “The writer operates at a particular crossroads where time and place and eternity somehow meet. His problem is to find the location” (Mystery and Manners: Occasional Prose, 59). I think you can replace writer from that quote with person to great effect. I am thankful that for me that location where time and place and eternity somehow meet has been the South. I hope you find yours as well.