The Preeminence of Christ in Preaching—Old or New Testament 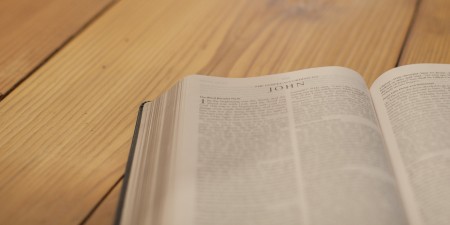 The Old Testament has been referred to as the master problem of theology because of the hermeneutical challenges and subsequent trickle down implications for faith and practice. The contemporary church suffers from a dearth of Old Testament preaching. Walter Kaiser writes,

Instead of receiving the Old Testament with gratitude as a gift from God, all too many in Christ’s church view it as an albatross around the necks of contemporary Christians. They struggle with questions like these: What is the significance of the Old Testament for us today? Why should believers even bother with the Old Testament now that we have the New Testament? Aren’t there a lot of problems in using a book like the Old Testament, especially when so much of it is no longer in force and normative for the church? Questions such as these ultimately raise the issue of the Old Testament as a major problem, if not the master problem of theology” (Preaching and Teaching from the Old Testament: A Guide for the Church, 29).

Too frequently, contemporary preachers ignore the Old Testament, occasionally dip into it for moral or ethical teaching, or simply use it as a launching pad for teaching on some biblical theme or church promotion. There seems to be a general reluctance about preaching from the Old Testament consistently and expositionally. John MacArthur, an expositional preaching hero writes,

While MacArthur is certainly one of the finest expositors of this generation his reasoning here fails to consider that properly preached sermons from the Old Testament take into account the unity of Scripture and the full drama of redemption and its realization in Jesus of Nazareth, who is the Christ, the mediator of the new covenant.

However well intended and biblically rooted may be a sermon’s instruction, if the message does not incorporate the motivation and enablement inherent in a proper apprehension of the work of Christ, the preacher proclaims mere Pharisaism. Preaching that is faithful to the whole of Scripture not only establishes God’s requirements, but also highlights the redemptive truths that make holiness possible (Christ-Centered Preaching: Redeeming the Expository Sermon, 12).

The preacher must go from study to pulpit with a biblically faithful sermon, one that displays a correct understanding of Christ and his kingdom. As John Piper writes, “All the Scriptures are about Jesus Christ, even when there is no explicit prediction. That is, there is a fullness of implication in all Scriptures that points to Christ and is satisfied only when he has come and done his work” (“How Christ Fulfilled and Ended the Old Testament Regime,” Desiring God Ministries, http://www.desiringgod.org/resource-library/taste-see-articles/how-christ-fulfilled-and-ended-the-old-testament-regime (accessed August 27, 2011). Therefore, expository preaching reaches its full expression only when every text is proclaimed in light of Christ and eschatological fulfillment in him

[1]
. In Colossians 1:18, Paul declares that Jesus is Lord of the church so that “in everything he might be preeminent.” The pulpit should be the chief place where his preeminence is evident. We must approach the expository task explicitly giving Jesus preeminence in preaching. [1] – For an excellent argument that a commitment to inerrancy demands the use of Christ-centered biblical theology for preaching, see Thomas R. Schreiner, “Preaching and Biblical Theology,” SBJT 10, no. 2 (2006): 20-29.
By David Prince|December 8th, 2015|Categories: Blog|Tags: Christ-centered preaching|