Should We Only Forgive Those Who Repent? 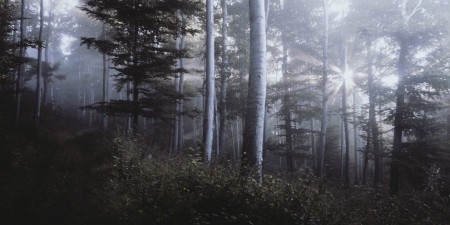 I preached a sermon on forgiveness from Luke 17:1-10 and received the following question afterward and thought the answer might be helpful to others.

I have heard it taught that if a person does not seek forgiveness (repent) that we are not required to forgive, do you agree with this? Can a person refuse to forgive and not harbor sinful bitterness? Does the picture of salvation requiring repentance before forgiveness apply or is it different and not applicable?

Good question. And an obvious one that comes up as you carry the discussion of forgiveness forward. It is also a topic that I feared many people overcomplicate. Some want to have a simplistic view of forgiveness that doesn’t take people’s actions and consequences for those actions seriously, but others want to reduce the definition of forgiveness by coming up with technical arguments as a justification to harbor unforgiveness. Neither approach adequately deals with the biblical data.

The text I was dealing with recently offers a picture of what I would call complete or full circle forgiveness, which ends in reconciliation. In other words, sin is committed and confronted, repentance is offered, and forgiveness is granted. The text tells us that this should happen even if the sin and repentance happens seven times in a day. There is no limit. So, full circle forgiveness that brings about relational reconciliation is only possible in response to repentance.

Nevertheless, things are not always so simple and tidy. Beyond the scope of the text I preached on that day, we must also have an answer to the situation of how to respond to a person who refuses to recognize what they have done wrong, and who is refusing to repent and not seeking forgiveness. Does forgiveness make sense in such a situation? How do we follow Christ in that sort of painful situation? We cannot control the other persons behavior and actions, but we are responsible for our actions and reactions.

In that situation, forgiving an unrepentant person doesn’t look exactly the same as the forgiveness of a repentant person because it does not reach its ultimate goal. At best, in this kind of situation we have what I would call incomplete or half circle forgiveness. It does not end in reconciliation because of the sin of the person who refuses to repent. But even when a person refuses to repent we are commanded to love our enemies, pray for those who persecute us, and we must do good to those who hate us (Matt 5:11, Luke 6:27, 35, Rom 12:14).

When a person who wronged us does not repent with confession, seeking forgiveness and turning from sin to Christ, he or she cuts off the full circle of forgiveness. Nevertheless, we can still lay down our desire for retribution and animosity. We can hand over our anger and ill will to God who alone has the ultimate right of vengeance (Lev 19:18, Heb 10:30). The follower of Christ can seek to do good and bless those who sin against us, but his or her willing-to-forgive heart cannot alone complete the circle of forgiveness and bring about reconciliation and relational intimacy.

Thus, we are always called to be those who forgive in the most important sense of not wanting to exact personal retribution or payback for the debt or wrong done to us. Though we know that God will judge and that it is right for the community to offer consequences for actions (congregational and civil if applicable), we are personally called to forgive from the heart while acknowledging that our actions cannot bring about reconciliation.

In John Calvin’s commentary on Luke 17, he explains differing senses of what it means for Christians to forgive. Calvin argues that half circle forgiveness (my descriptor, not his) is something believers are always called to do. But the more limited sense of forgiveness calls believers to acknowledge forgiveness to the offender only when he or she repents, gladly receiving them personally into your relational favor and bringing about the ultimate full circle goal of forgiveness—reconciliation.

“There are two ways in which offenses are forgiven. If a man shall do me an injury, and I, laying aside the desire of revenge, do not cease to love him, but even repay kindness in place of injury, though I entertain an unfavorable opinion of him, as he deserves, still I am said to forgive him. For when God commands us to wish well to our enemies, He does not therefore demand that we approve in them what He condemns, but only desires that our minds shall be purified from all hatred. In this kind of pardon, so far are we from having any right to wait till he who has offended shall return of his own accord to be reconciled to us, that we ought to love those who deliberately provoke us, who spurn reconciliation, and add to the load of former offenses.

A second kind of forgiving is, when we receive a brother into favor, so as to think favorably respecting him, and to be convinced that the remembrance of his offense is blotted out in the sight of God. And this is what I have formerly remarked, that in this passage Christ does not speak only of injuries which have been done to us, but of every kind of offenses; for he desires that, by our compassion, we shall raise up those who have fallen.

This doctrine is very necessary, because naturally almost all of us are peevish beyond measure; and Satan, under the pretense of severity, drives us to cruel rigor, so that wretched men, to whom pardon is refused, are swallowed up by grief and despair.”

The Freedom and Power of Forgiveness

I think Calvin is correct. Forgiveness has reconciliation as its ultimate goal, but that does not mean that the definition of ‘forgive’ should be collapsed exclusively into what reconciliation is. Nor is it biblically defensible that we are forbidden to forgive, in any sense, if repentance has not happened. A frequent Greek word for ‘forgive,’ apheimi, means a releasing, as in the releasing of a debt for which we desire to seek repayment. We can and should do that personally, no matter the response of the offender, acknowledging that the ultimate authority to judge belongs to the Lord Jesus Christ.

Jesus places enormous emphasis on horizontal (human to human) forgiveness. In The Institutes of the Christian Religion Calvin explains the forgiveness that we offer those who sin against us in relation to gospel reconciliation,

“We petition that forgiveness come to us, ‘as we forgive our debtors’

[Matt. 6:12]: namely, as we spare and pardon all who have in any way injured us, either treating us unjustly in deed or insulting us in word. Not that it is ours to forgive the guilt of transgression or offense, for this belongs to God alone [cf. Isa. 43:25]! This, rather, is our forgiveness: willingly to cast from the mind wrath, hatred, desire for revenge, and willingly to banish to oblivion the remembrance of injustice” (Vol. 1, 912).

Arguing that forgiveness can only take place where there is repentance is logically inconsistent with the command to overcome evil by blessing by doing good to and loving our enemies. Also, it does not rightly reckon with God’s patience, graciously overlooking for a time our sin, which provided us with the opportunity to repent: “Or do you presume on the riches of his kindness and forbearance and patience, not knowing that God’s kindness is meant to lead you to repentance?” (Rom 2:4). The believer should personally choose to forgive those who sin against them because we are fellow sinners and what we should want most for the offender is gospel repentance and forgiveness, not personal retribution. The willingness to do so out of gospel love often paves the path for genuine repentance.