Christians and Culture: Truth, Beauty, Goodness and the Great Commission 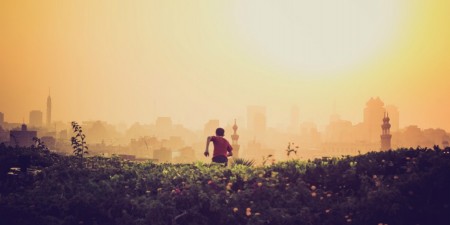 After giving a talk on sports and Christian discipleship in a seminary context, a professor approached me and said, “We don’t need sports to accomplish our Christian gospel mission, so why would we care?” It is a sentiment I have encountered among some conservative evangelical Christians. I responded by asking him, “Do you read books other than the Bible, theology, and commentaries? And if so,” I asked him, “Why?”

If it were true that direct gospel ministry and Bible reading are all that matter, that would mean that we waste most of our lives in the meaningless daily stuff of ordinary living.

What are sports? The answer is simple. Sports are a manifestation of culture. Andy Crouch (following Ken Myers) has helpfully summarized culture as, “what we make of the world” God has created and the meaning we assign to it (Culture Making: Recovering Our Creative Calling, 23). God is the only One who can create out of nothing, but as we make and shape things out of what God has made (culture), we are capable of reflecting the truth, beauty, and goodness of our Creator God. In fact, a spirituality that does not meet us in the daily rootedness of workplaces, ballgames, and house cleaning is sub-Christian. This ought to be evident to the followers of the Word who “became flesh and dwelt among us” (John 1:14).

What are some evidences of culture? From the podium I preached from Sunday to the clothes I wore, to things like ballet, drama, gardening, cooking, music, literature, hunting, and building are all manifestations of culture. Too often, some Christians self-righteously denounce popular manifestations of culture, like sports, as a waste of time with no self-awareness that they participate in and enjoy a variety of cultural manifestations themselves. Song, art, construction, creation, and competition are reflexive cultural responses to the glory of our Creator God.

The idea that passion for God should make us passionless for other cultural things is suffocating to our worship and deadly to our gospel mission. Jesus, in the Sermon on the Mount (Matt. 5-7), teaches about the characteristics of the kingdom of Christ. His message turns the wisdom of the world upside down and calls for his followers to live very distinctive lives. But, he calls his followers to live those distinctive lives in particular places during a particular time in history. The theology of those who follow Jesus as King is to be lived out geographically. Jesus concludes the Beatitudes by asserting that persecution in those places for Christian distinctiveness will not stop or hinder his followers’ kingdom influence in the world.

Jesus tells this tiny band of Palestinian peasants with no cultural power or authority, “You are the salt of the earth” (Matt 5:13). Before refrigeration salt was used to preserve meat from inevitable decay and to season food. Animals are a part of the good creation of God and are used as food to nourish and sustain his image bearers. Meat not preserved will rot and be harmful, but meat properly preserved and seasoned can become, not just good, but very good. Jesus then provides two warnings. The first is that salt contaminated and diluted is worthless, and the second is that its saltiness, once lost, cannot be restored (Matt 5:13).

Distinctive to illumine the world

I wonder if you have ever been in real darkness? Once touring a cave in Chattanooga, Tennessee our guide turned off all the lights, and I could not see my hand though it was an inch from my face. It was an eerie and frightening experience. In a world marked by darkness, dimly lit by common grace and general revelation, Jesus tells this tiny band of followers, “You are the light of the world” (Matt 5:14). I cannot imagine how outrageous that claim must have sounded.

Distinctive for the glory of God in culture

Jesus also says, in the same way a lamp shines, and city on a hill cannot be hidden, Christians are to let their distinctive gospel light shine for the benefit of others, “so that they may see your good works and give glory to your father who is in heaven” (Matt 5:16). The distinctiveness of Christians is not so they can parade their virtue and righteousness before the world. Doing that is simply a manifestation of pride—not salt and light. When Christians do so, they are adding to the decay and darkness. The goal is not that others would see them and follow their morality but that they would glorify God in Christ.

Our salt-work of preserving the culture provides us points of contact with people who do not follow Jesus or live in the light of the gospel. Sports, music, art, drama, cooking, building, creating, and countless other manifestations of culture are enjoyed by both Christians and non-Christians. It is the Christian’s light-work to point out how their appreciation and enjoyment of cultural manifestations of truth, beauty, and goodness point them to the glory and grace of God. Culture always begins with God because we can only make culture in light of his work as Creator. In the beginning, God pronounced his creative work “good” (Gen 1). After the fall into sin, his good creative work can be, and often is, shaped into something used for evil. But, his good creative work can also be redeemed in a fallen world by his reconciled image-bearers and shaped into something very good.

Jesus’ call for us to be the salt of the earth and the light of the world means that we can’t simply condemn culture and withdraw from it. When we do, we are hastening cultural decay and darkness. It also means that we must not copy culture by creating a Christian subculture that both mimics worldly culture (often poorly) while, at the same time, withdrawing from it, which is the worst of both worlds. And it also means that Christians cannot simply uncritically absorb the culture in an attempt to be seen as relevant and cool because that would mean a loss of Christian distinctiveness.

Rather, Christians should participate in a cruciform engagement with and celebration of culture as capable of reflecting the truth, beauty, and goodness of God. When Christians live daily as the salt of the earth and the light of the world, our Christian theology intersects with our geography and we are liberated in our daily lives to echo and embody the words of Abraham Kuyper, “There is not a square inch in the whole domain of our human existence over which Christ, who is Sovereign over all, does not cry, Mine!” (“Sphere Sovereignty,” in James D. Bratt, ed., Abraham Kuyper, A Centennial Reader, 488).