The following is a guest post by Casey McCall. Casey serves as Student Director at Ashland Avenue Baptist Church and is a graduate of the Southern Baptist Theological Seminary. Casey oversees junior high, high school and college  ministry at Ashland, as well as Bible Fellowship Groups, which is the small group ministry of Ashland. 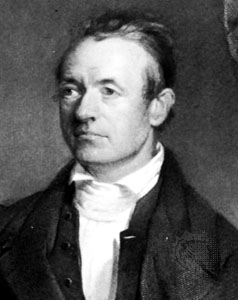 Adoniram Judson was one of the first North American missionaries to a foreign nation,serving in Burma for nearly forty years. He’s also one of my heroes. His story is fascinating to me, not only for the kind of heroics we are used to reading about in missionary biographies, but also because he possessed something that I believe is largely missing today: conviction. When Adoniram and Ann Judson set sail for Calcutta on February 19, 1812, they were Congregationalist missionaries, believing that children of believers should receive baptism, the sign of the new covenant. By the time the two arrived in Calcutta on June 17, 1812, they had changed their views on baptism and were baptized as believers on September 6, 1812. They were now Baptists.

The story is not fascinating because two people changed their beliefs. That happens all of the time. The story is fascinating because of what it cost them. When they decided to become Baptists, Adoniram and Ann did so with the full understanding that their new beliefs would likely eliminate all of their funding. The Congregationalists who had sent them across the world on a ship as missionaries would no longer be able to finance their mission. As they were immersed into water in the name of the Father, the Son, and the Holy Spirit, they were simultaneously losing all the support they had previously known. Ann later wrote, “We anticipate the loss of reputation, and of the affection and esteem of many of our American friends…We feel that we are alone in the world, with no real friend but each other, no one on whom we can depend but God.”

Albert Mohler writes that “convictions are not merely beliefs we hold; they are those beliefs that hold us in their grip” (The Conviction to Lead, 21). Convictions are formed in Christians when God’s Word convinces us of God’s will concerning a particular subject. Convictions are not to be taken lightly, because they are not based on trivial matters. A conviction is the type of belief that we refuse to compromise, because we believe that much is at stake in its rejection. We may lose friends over it. We may lose funding. We may even lose our lives. But no matter what, the one thing we cannot afford to lose is our commitment to Christ in this matter. Holding a conviction communicates that Christ is in charge instead of us. Therefore, whatever he says goes, even if it causes us a great deal of inconvenience and hardship.

As you read the Judson story, does it sound as strange to you as it does to me? We rarely hear such stories today. In fact, I hear far more about people compromising on key beliefs for the sake of things like funding. What has changed? My contention is that baptism is just one easy-to-identify symptom of a much larger problem, which is that people don’t think in terms of conviction anymore; we think in terms of convenience. Baptism’s importance only makes sense within a worldview where God is the center. Convictions are formed when God calls the shots. But for many God no longer calls the shots. Because contemporary portrayals of Christianity often place the human self with its desires at the center, the language of convenience has usurped and replaced the language of conviction. One’s comfort is now the determining factor in most decisions.

For example, take the way we talk about church commitment today. In former times people would join a church as a member because that church subscribed to a certain system of doctrine. In other words it was important that the church and the member saw eye-to-eye on beliefs. But today the primary vernacular of church commitment sounds much different. No longer do you hear, “I joined that church because those people share my convictions.” Instead, you hear things like, “That church is just a good fit for my family,” or, “It just feels right when we go there.” I’ve even recently heard from a departing family, “My kids really feel comfortable there. They’ve made a lot of connections.” When self replaces God as the starting point, convenience replaces conviction in our living and decision-making. And when convenience replaces conviction, there’s nothing left of Christianity.

Christianity does not allow the human self to take center stage: “And he died for all, that those who live might no longer live for themselves but for him who for their sake died and was raised” (2 Cor. 5:15). Christianity does not make our comfort and convenience a first-order concern. In fact, Jesus calls us to set all that aside the moment we decide to follow him: “If anyone would come after me, let him deny himself and take up his cross daily and follow me. For whoever would save his life will lose it, but whoever loses his life for my sake will save it” (Luke 9:23-24). People who elevate convenience cannot live for Christ. Convenience will always compromise when the cultural pressure turns up. Convenience will always cower when personal sacrifice is demanded.

Christ calls us to submit to him as Lord. He calls us to set aside convenience in favor of cruciform convictions. We need less ecclesial jellyfish. We need more Judsons.