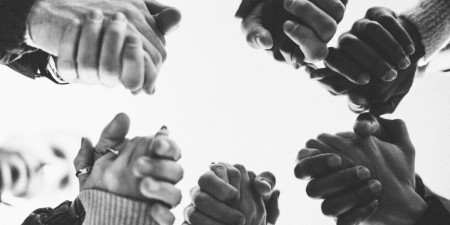 [The following is a guest post by Jeremy Haskins, Lead Pastor of Ashland in Madison County]

In 2009, my family decided to adopt. Our motivation was born out of a desire to reflect the gospel of Jesus Christ. We believe that we are were born into this world as spiritual orphans. And yet, through Christ, we can have our sins forgiven and become children of God. Because God set his love on us in this way our desire was to reflect this in our home through adoption. God led us to set our love on two boys born in Ethiopia. Their mother was deceased, and four of their biological siblings had died of malnutrition.

At that time, I never imagined how God was planning to work in my life. Our goal was to simply care for two boys without a home in the name of Jesus. However, God’s goal was to also change my life. Since bringing these two former orphans into our home, the gospel has never been so vivid and so real to me. My life has also been transformed in ways I didn’t expect.

One of the biggest transformations–one that I never saw coming–is the way I now think about race. I never expected to be absolutely devastated and broken to pieces over the issue of racism.

I grew up in the Deep South. I have racist roots. I’ve been a racist. It hurts to even write those words. There was a time when I wouldn’t have written those words. Growing up, I thought interracial marriage was wrong. I didn’t think it was a good idea for black people and white people to go to church together; it just made things too complicated. Or at least that’s the logic I would use. I laughed at racially stereotypical jokes about black people. I was proud of my southern roots for all the wrong reasons. I drove with a confederate flag on my truck and it wasn’t because I was passionate about states’ rights during the Civil War. And yes, I used the N-word behind closed doors.

I never thought these things really were a big deal. At some point while studying to be a pastor, I realized these were sinful thoughts and behaviors of my past, and in theory, I turned from them. I would often use these instances as illustrative material in sermons against racism, but the moment two black sons stepped into my life, these issues were no longer than abstract theories and preaching points.

When it’s your son, who you envision asking a white girl on a date and you worry about what her parents will say to him, it’s personally horrifying. When your sons are sometimes the only two black people at church you see the lingering effects of Sunday segregation personally. And the day I had to console my sobbing wife because someone on the bus called our son a “n_____ ,” the pain I personally felt was almost unbearable.

In light of these personal family situations and the many tragic race related events in our country over the last few years, I’ve often sought counsel from black friends. I’ve had conversations with men who have graciously educated me about the depth of racism in our country. They’ve also given me advice about the way my boys should carry themselves in public as young black men to minimize problems. I never even considered that black men had to do have these conversations. Seven years ago, when I boarded a plane for Africa, I never thought I would be having these conversations. But it’s a reality. There are talks I have now with my two black sons that I will never have with my white sons.

I’ve heard stories from friends who have been pulled over simply because they are black. Several have been in situations where authorities have asked their white girlfriends riding along in their cars, “Is everything ok?” I have witnessed people who don’t know I’m their father treat my black sons and white sons differently in every way. At one time I thought this was just stuff in movies or simply exaggerations people made looking for special favors. Now the the struggle of black men struggle is the struggle of this white dad.

Some say these are just statistics that can be skewed to fit any narrative. For me they aren’t just stats, and I wish I had another narrative. My story as the father of two black sons is that I live in fear that my sons will be seen as a threat merely because of the color of their skin. This scares me to death and keeps me awake at night.

Maybe they will never find themselves in any of these situations. The police I know in our town are honorable men who we know and trust. I pray for the many God-honoring police officers who seek to uphold the law and would give their own lives to protect justice. My black sons often sit by courageous white police officer members in our church services and I know they would die for my sons. These men would seek to preserve the lives of my own sons over and above their own. However, they are not always going to be in the safety of our church and community.

My heart breaks to know that race will absolutely play a role in the way they will be treated. It scares me to know it could also play a role in whether or not they remain alive. Nothing could have prepared me for the feelings I have now about racial injustice in our country. These events and stories aren’t abstract for me anymore, they are flesh and blood, and now they have the last name Haskins.

I hope I can urge you not to be like I was—self-referential. Too often we breezily explain away the reality black brothers and sisters in Christ face. It’s tragic to see so many treat racially-charged tragedies like a video game we play on social media and then go about our day. The problem is that our black brothers and sisters in Christ who see and hear these things can’t just go about their day without taking such dismissive arguments personally. And these days I just can’t go about my day without being personally offended.

We must not refuse to identify with our black Christian brothers and sisters when it comes to racial struggles and injustice. For me, it’s no longer those black people you are ignoring. It’s me and my sons you dismissing It’s painful! It hurts! Perhaps friendships that allow us to know the struggles of African-Americans who live around us would temper our arguments a bit, even in moments when our arguments could be right. I do know this more than anything: our refusal to show sympathy and compassion is an indicator that we aren’t embracing all the implications the gospel has for our lives as the family of God.

I know the other side. I know the tendency to choose sides. I’ve been guilty of not listening because I didn’t care to listen. I realize now that there is a whole other world that I never knew existed–one that I ignored, and misunderstood. But if the gospel is true and in Christ we are adopted into the same family, then we must feel for our brothers and sisters in Christ who live with fear because of their skin color. Their pain must be something with which we genuinely identify instead of merely theorize about.

Our pain isn’t a theory to Jesus. He stepped from the privileges of heaven right into our pain, suffering, and sin. He bore the brunt of a wicked government’s injustice but also the brunt of your rebellion against God. Our greatest sin isn’t against another race but against God.

A few months ago, my two white sons were ready to fight another young man. The young man was older and twice their size. But it didn’t matter. The young man had called one of their black brothers a “n______ .”  While walking them through this situation, I realized they actually cared more about it than my two black sons. Why? They’re brothers!

Because they are brothers, racism isn’t a social issue. It’s a family issue. May it be the same for family of God. Local churches ought to be the go to place for the world to see what racial reconciliation and familial love that transcends skin color looks like.

Jesus, a middle eastern man, who was killed unjustly by the Roman government, is willing to call you brother! If we claim to identify with Him, surely we as white men must be able to look at our black brothers, sisters, sons, and daughters who still feel the brunt of racial injustice in our country and say brother!