Around the Horn (June 2) 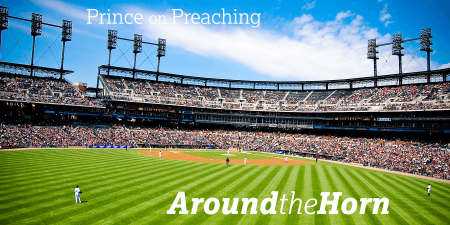 6 Sets of Resources for Building Your ‘Theology and Culture’ Library

“Here are six sets of resources for pastors, professors, and students who wish to build their “theology and culture” library. I’ve included a variety of resources, some of which represent views I oppose. However, the majority of the resources fit my preferred “Reformational” model.”

“This is where we are: a culture driven by the politics of transgender activists. Look at the “model transgender policy” for schools suggested by GLSEN, the gay advocacy group that focuses on schools. This is exactly what you see local school districts adopting. Activists are writing the policies. Activists are driving the media and academic culture…Ten, twenty years from now, there are going to be a lot of maimed, broken people staggering around. This episode in history will be looked back on with horror. We will wonder how we gave in to such madness, and harmed so many people, or allowed them to harm themselves.”

The Transgender Conversation You Need to Have With Your Family

“It is the fact that the same laws that allow transgender people to craft their own identity allow expansive rights to anyone else. The same laws that allow transgender persons into their preferred bathroom or locker room allow everybody else in as well—and to let them in without question or censure. Societal pressure and new legislation permits people to use the bathroom or locker room most closely associated with their gender identity, but do not allow anyone else to question that identity. This opens up the potential for some very difficult or even dangerous situations.”

By Staff|June 2nd, 2016|Categories: Around the Horn, Blog|Tags: Library, Transgenderism|