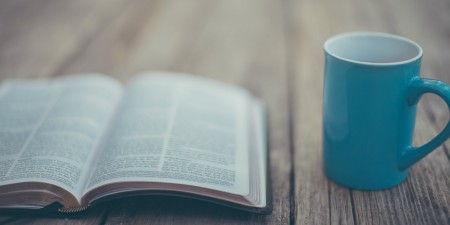 I often get asked about how I prepare notes for preaching.  When I prepare to preach, I scribble a great deal that would not be legible to anyone but me, and I rarely type anything on a computer. These practices make showing someone else what I do in preparation difficult. Now that I am starting a new expository series through the book of Ruth, I have decided to approximate my scribble on the computer and provide commentary for what I do to prepare oral preaching notes.

J.C. Ryle said, “English composition for speaking to hearers and English composition for private reading are almost like two different languages, so that sermons that ‘preach’ well ‘read’ badly” (Iain Murray, D. Martyn Lloyd-Jones: The Fight of Faith, 345). Writing is for the eye and oration is for the ear. The sermon notes , whether they be a manuscript (which I do not recommend) or a bare outline, are emphatically not the sermon. The sermon is an oral event—it is what is said.

Thus, I think sermon preparation and notes should always have orality in view. H. Grady Davis explains, “The highest responsibility of the preacher is not to create such a permanent literary design.… The test of good writing is permanence, and the test of a good speech is immediacy of apprehension and response” (Design for Preaching, 167-168).

My goal in preparation at this point is to understand the story and its flow. Below is a descriptive outline of the major moves of Ruth 1 and the movement of the story within those major moves.

Famine and family’s immigration to Moab -1:1

Naomi gives a tragic analysis of her situation with no hope of marriage – 1:11-13

One daughter-in-law refuses and the other agrees – 1:14

Ruth give a passionate speech of loyalty and determination to go – 1:16-19a

Naomi and Ruth arrive in Bethlehem – 1:19b

Naomi speaks with the townspeople and gives a sad analysis of her situation 1:19c-21

The beginning of the barley harvest in Bethlehem – 1:22

Telling the Story Using Only the Descriptive Outline

Once the descriptive outline is composed it should be read through as many times as needed to familiarize yourself with it. It is also a good idea to read the section of Scripture repeatedly (silently, out loud, and listening to someone else read it aloud) and tweak the outline as appropriate. After being convinced that you understand the basic structure and movement of the text, you should be able to talk through the chapter using just the descriptive outline. The way to do this is to try it. I think trying it out loud is the best way to proceed but it would be beneficial to do it silently if you are in a situation where you can not do it out loud. Can you tell the whole story from the descriptive outline? Are there gaps? Are there parts of the story you are missing? Are you beginning to feel the story? This is simply a process of trial and error that helps you internalize the message of the text.

I find that attaching the keyword to each movement in the text allows me to see patterns and better understand how the text works. For instance, it becomes very clear that in Ruth 1 there is a great deal of tragedy and talk of going back or turning back. It is also clear that the chapter begins with the tragedy of a famine and ends with a harvest.

Names of family members; sojourn in Moab -1:2 – A BREAK

Naomi begins journey to Judah with daughter-in-laws – 1:6-7 – TURNING BACK

Naomi gives a tragic analysis of her life, no hope of marriage – 1:11-13 -TRAGIC STORY

One daughter-in-law refuses and the other agrees – 1:14 NO / YES

Ruth give a passionate speech of loyalty and determination to go – 1:16-19a -NO, LOYALTY

Naomi and Ruth arrive in Bethlehem – 1:19b – ARRIVAL

Naomi speaks with the townspeople, sad analysis of her situation 1:19c-21 TRAGIC STORY

The beginning of the barley harvest in Bethlehem – 1:22 – ARRIVAL, BARLEY HARVEST

All literary compositions possess a design and structure. This is true of all literature, including the biblical text. The one preparing to preach should seek to understand the internal structures of the text and their relationship to its meaning and message. The descriptive outline allows the preacher to understand the constituent parts of the text, but the preacher also needs to consider the relationship of the parts and any role that internal structure may play in conveying the message of the text.

In Ruth 1, the story begins with a brief introduction about the tragedy of famine and death in the life of one family over a decade (1:1-5). Then, in the body of the text the pace slows a great deal so that 13 verses recount a single conversation (1:6-19a) and Naomi’s analysis of her life serves as the chiastic center (1:11-13). Ruth’s speech shifts her life to the narrative center for the rest of the book (1:16-17). The concluding unit in Ruth 1 marks the arrival of Naomi and Ruth in Bethlehem in time for the barley harvest.

[STORY BEGINS WITH ARRIVAL IN MOAB]

{story begins with fast pace, more than a decade summarized in 1:1-5/ narrative}

Names of family members; sojourn in Moab -1:2 – A BREAK

{story slows to a single conversation in 1:6-19a/ dialogue / focus gradually shifts from Naomi to Ruth}

Naomi begins journey to Judah with daughter-in-laws – 1:6-7 – TURNING BACK

Naomi gives a tragic analysis of her life, no hope of marriage – 1:11-13 -TRAGIC STORY

{this is the CENTER of the chapter / turning point in events}

[THE NARRATIVE QUESTION IS WHO WILL FEED NAOMI & HER FAMILY]

One daughter-in-law refuses and the other agrees – 1:14 NO / YES

Ruth give a passionate speech of loyalty and determination to go – 1:16-19a -NO, LOYALTY

Naomi and Ruth arrive in Bethlehem – 1:19b – ARRIVAL

Naomi speaks with the townspeople, sad analysis of her situation 1:19c-21 TRAGIC STORY

The beginning of the barley harvest in Bethlehem – 1:22 – ARRIVAL, BARLEY HARVEST

[STORY ENDS WITH ARRIVAL IN BETHLEHEM]

The preacher should be able to discern the central intent of the text at this point, which will lead to determining a central intent of the sermon. Another way to put it would be to ask, “What is the big idea of the text and what is the big idea of the sermon?” This process marks the transition from description to prescription. I consider the sermon title to be the first step in transitioning toward sermon application. I titled this sermon from Ruth 1 “God’s Hand in Our Suffering: Turning Back to Bethlehem.”

What most people refer to as sermon points, I think of as sermon moves instead. I consider it unhelpful to compose sermon points that are separate and fail to possess a unity of design and progression. A friend of mine put it like this, “Do not think of sermon points like a trip to the zoo with animals in separate cages. Think of them as a roller coaster with highs and lows but clearly connected.” The movement of the sermon ought to be sequential, and each move should be dependent upon the other moves so that the sermon is marked by connection and clarity. The sermon moves begin to build a bridge between explanation and application.

Turning Point–God and his covenant or everything else? (Ruth 1:6-19a).

To test the clarity and cohesion of my sermon moves below, I will use the sermon title and moves, only adding a few connectors to explain the message of the chapter and sermon:

Ruth 1 is about God’s hand in our suffering and calls us to turn back to Bethlehem. Things go from bad to worse when we run away from God to be fed. The three main characters experience a turning point as we all do; trust God and his covenant or trust everything else? It ends with those who trust God going from bad to blessed in the house of God’s bread (Bethlehem).

All of this preparation is geared toward orality–what will be said–which is the sermon. The goal is cohesive and clear sermon moves that serve as prompts to help the preacher explain and apply the text. The free association of the sermon moves and prompts help delivery to be guided but not constrained. The sermon notes under the main sermon moves provide guided thought-blocks to the preacher and should not merely be information. J.C. Ryle wrote, “ The sermon should be “so carefully arranged that your points and ideas shall follow one another in beautiful regularity, like regiments marching past before the Queen on a review day in Windsor Park” (Simplicity in Preaching, 20).

Many sermons are a mob of ideas; they contain very good sentiments, but they have no object in view; so that the hearer is continually answering the preacher, Very true, very true; but what then? What is it you are aiming at? What is this to the purpose? A preacher, then, if he would interest a judicious hearer, must have an object at which he aims, and must never lose sight of it throughout his discourse. This is what writers on these subjects call a unity of design; and this is a matter of far greater importance than studying well-turned periods, or forming pretty expressions. It is this that nails the attention of an audience. One thing at once is a maxim in common life, by which the greatest men have made the greatest proficiency. Shun, therefore, a multitude of divisions and subdivisions. He who aims to say every thing in a single discourse, in effect says nothing. Avoid making a head or particular of every thought. Unity of design may be preserved consistently with various methods of division; but the thing itself is indispensable to good preaching (The Complete Works of Andrew Fuller: Memoirs, Sermons, Etc. vol. 1, J. Belcher, ed., 719).

In opening a battery against a wall, you would not throw your balls at random, first at one place and then at another, but direct your whole force against a particular spot. In the one case your labour would be thrown away; in the other you are likely to make an effectual impression (The Complete Works of Andrew Fuller: Memoirs, Sermons, Etc. vol. 1, J. Belcher, ed., 720).

No one is transformed by a sermon outline. People rarely remember sermon outlines and that is a good thing. The goal is not for people to focus on your sermon organization but rather for people to hear the message of the sermon. The preachers organization and outline are merely internal structures for the preacher so that the sermon is more invitingly listenable. People can understand your outline and miss the sermon content. What listeners grasp without even thinking about it is the movement of the message because it allows them to grasp what is truly important about the sermon.

I do not offer these suggestions as the only way that sermonic orality can be achieved but rather as suggestions about what I do with the hope that they prompt you to think about how you can prepare with orality in mind. Sermon preparation and notes that keep orality in mind help the sermon possess a clear logical sequence of thought that leads the listener to the sermon’s primary burden or purpose.