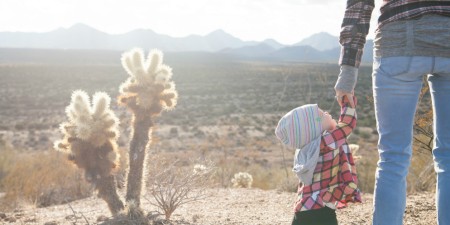 John Bunyan (1628–88) was a pastor and author, most famous for writing Pilgrim’s Progress (1682). He was one of the most influential English Christian religious figure of his time. He spent twelve and a half years in Bedford’s county jail because he courageously refused to accept freedom in exchange for his preaching silence. Bunyan was poor and was without formal education but he produced one of the most read books in Christian history and over sixty other volumes. Below is some excellent Christian advice from Bunyan about parenting. I have added the headings and changed some paragraph divisions but the rest is Bunyan’s writing.

If thou are a parent, a father, or a mother, then thou art to consider thy calling under this relation.

Thy children have souls, and they must be begotten of God as well as of thee, or they perish. And know also, that unless thou be very circumspect in thy behavior to and before them, they may perish through thee: the thoughts of which should provoke thee, both to instruct, and also to correct them.

First, To instruct them as the scripture saith, and to ‘bring them up in the nurture and admonition of the Lord’; and to do this diligently, ‘when thou sittest in thine house—when thou liest down, and when thou risest up’ (Eph 6:4; Deu 6:7).

Now to do this to purpose:

Isaac was so holy before his children, that when Jacob remembered God, he remembered that he was ‘the Fear of his father Isaac’ (Gen 31:53). Ah! when children can think of their parents, and bless God for that instruction and good they have received from them, this is not only profitable for children, but honourable, and comfortable to parents: ‘The father of the righteous shall greatly rejoice: and he that begetteth a wise child shall have joy of him’ (Prov 23:24, 25).

Second, The duty of correction.

(2.) how much it is against thy heart thus to deal with them;

(3.) and that what thou dost, thou dost in conscience to God, and love to their souls;

(4.) and tell them, that if fair means would have done, none of this severity should have been. This, I have proved it, will be a means to afflict their hearts as well as their bodies; and it being the way that God deals with his, it is the most likely to accomplish its end.

7. Follow all this with prayer to God for them, and leave the issue to him: ‘Foolishness is bound in the heart of a child; but the rod of correction shall drive it far from him’ (Prov 22:15).