An Easter Meditation: A Resurrection Worldview 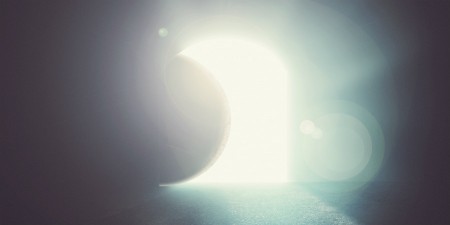 The epistle of 1 Corinthians is bookended by the primacy of the gospel. The key verse of the first two chapters is, “For I decided to know nothing among you except Jesus Christ and him crucified” (1 Cor 2:2), and of the last two chapters is, “For I delivered to you as of first importance what I also received: that Christ died for our sins in accordance with the Scriptures, that he was buried, that he was raised on the third day in accordance with the Scriptures” (1 Cor 15:3­4). In other words, everything else in the book centers on the gospel. The entire Bible is about Christ and his kingdom and the center of the center is the death, burial, and resurrection of Christ.

All of the practical problems in the church are rooted in displacing the gospel as the energizing center of every aspect of life.

Resurrection is the Lifeblood of All Biblical Truth

“But in fact Christ has been raised from the dead, the firstfruits of those who have fallen asleep. For as by a man came death, by a man has come also the resurrection of the dead. For as in Adam all die, so also in Christ shall all be made alive. But each in his own order: Christ the firstfruits, then at his coming those who belong to Christ.” (1 Cor 15:20–23)

Christ saves us to live in the y’all of the kingdom, which will be on dramatic display at the final resurrection.

Resurrection is the Goal of All Goals

The resurrection makes clear that the believer’s life is lived in the context of the already but not yet tension of the kingdom of Christ. The church of Jesus Christ is an outpost of the kingdom embedded in the parasitic kingdom of the fallen world. Believers serve Christ in the already of his kingdom, having already been spiritually raised from death to life, but knowing that it is not yet the final consummation of the kingdom when the final bodily resurrection of believers from every tribe, tongue, and nation will occur and sin will be fully and finally dealt with. As Paul puts it in 1 Corinthians 15:24, “Then comes the end

[goal].” In Philippians 3:10-­11, Paul explains how this tension drives his entire life: “that I may know him and the power of his resurrection, and may share his sufferings, becoming like him in his death, that by any means possible I may attain the resurrection from the dead.”

Resurrection brings Awe to All of Life

But God gives it a body as he has chosen, and to each kind of seed its own body. For not all flesh is the same, but there is one kind for humans, another for animals, another for birds, and another for fish. There are heavenly bodies and earthly bodies, but the glory of the heavenly is of one kind, and the glory of the earthly is of another. There is one glory of the sun, and another glory of the moon, and another glory of the stars; for star differs from star in glory. So is it with the resurrection of the dead. What is sown is perishable; what is raised is imperishable. It is sown in dishonor; it is raised in glory. It is sown in weakness; it is raised in power. It is sown a natural body; it is raised a spiritual body. If there is a natural body, there is also a spiritual body. Thus it is written, “The first man Adam became a living being”; the last Adam became a life­giving spirit. But it is not the spiritual that is first but the natural, and then the spiritual. The first man was from the earth, a man of dust; the second man is from heaven. As was the man of dust, so also are those who are of the dust, and as is the man of heaven, so also are those who are of heaven. Just as we have borne the image of the man of dust, we shall also bear the image of the man of heaven.” (1 Cor 15:38–49)

The reality of the resurrection in the believer’s life produces a sense of awe at the fact that our physical bodies have an eternal purpose. We must constantly be on guard against an ancient heresy called Gnosticism (“the one who knows”) that continually rears its heretical head.

Gnostics desire to separate the spiritual from the physical. The body becomes an irrelevant container that is ultimately unimportant while mystic­style spirituality is what really matters. This approach makes people impatient with restrictions of embodied place and time and the grind of everyday living. The gospel, on the other hand, means that no aspect of life is meaningless or mundane because it is infused with resurrection. Your actual embodied life is your unique and strategic ministry opportunity now, and your resurrected body and spirit in the consummation of the kingdom in the New Heavens and New Earth will be the same body and spirit you have now.

Resurrection Produces Spiritual Courage in Us

When the perishable puts on the imperishable, and the mortal puts on immortality, then shall come to pass the saying that is written:

The sting of death is sin, and the power of sin is the law. But thanks be to God, who gives us the victory through our Lord Jesus Christ. Therefore, my beloved brothers, be steadfast, immovable, always abounding in the work of the Lord, knowing that in the Lord your labor is not in vain.” (1 Co 15:54–58)

Paul is doggedly insistent on making the point that the resurrection matters to the believer here and now.   Also, the reality of the resurrection means that this world matters here and now as well. We are to set our minds on resurrection and have its gospel-­intoxicating power transform our lives as we serve him in this fallen world. We do not have to be success judges, constantly comparing and evaluating whether our position is important enough or our efforts are applauded and properly valued. The resurrection liberates us from that kind of dead­end pursuit of identity and allows us to live in joy as we simply attempt to be faithful wherever we find ourselves. The reality of the resurrection steals the power of death as a weapon able to make us a slave to our own fears and infuses us with scandalous, self­forgetful courage because, as Tolkien has Sam ask Gandalf in The Lord of the Rings (chapter 4, book 6), “Is everything sad going to come untrue?” Because of the resurrection the answer is an emphatic “Yes!”
By Staff|March 24th, 2016|Categories: Blog|