Responding to a Culture Gone Mad: Singing the Lord’s Song 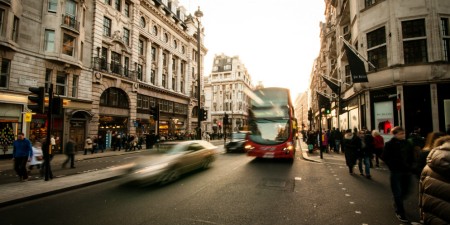 By the waters of Babylon, there we sat down and wept, when we remembered Zion. On the willows there we hung up our lyres. For there our captors required of us songs, and our tormentors, mirth, saying, “Sing us one of the songs of Zion!” How shall we sing the Lord’s song in a foreign land? (Psalm 137:1-3)

How can we sing the Lord’s song in a foreign land? This is the question Israel was asking as she was taken into captivity in Babylon. But it is also a question that many in America are asking right now. The cultural slide has happened at breakneck speed in the last few years. Marriage has been redefined, and same-sex marriage was ruled a constitutionally-protected right. Horrific videos showing executives from Planned Parenthood negotiating the sale of body parts from the babies murdered in their abortion mills were mostly met with a yawn in American popular culture. This presidential election has some prominent evangelicals supporting a candidate who owns casinos, appeared on the cover of Playboy, and brags about his sexual conquests and infidelity.

These are strange times. With each passing day, our land feels a little bit more foreign to biblically conservative Christians.

The book of Daniel answers the question of how we sing the Lord’s song in a foreign land. It helps us see how to respond when the things that you hold most dearly are repudiated by the culture around you. What do you do when what we believe is largely repudiated in the place that you live? Daniel 1 summarizes the message of the book and deals with singing the Lord’s song in a foreign land.

God is Always on the Right Side of History

There is a lot of cultural talk these days about being on the right side of history. Let’s be clear. No matter how things appear,

God is always on the right side of history because he is the author of history.    Daniel 1 begins with the unspeakable horror that has befallen Jerusalem and the deportation of its best and brightest. Then, immediately, there is the remarkable assertion that God is sovereign over what is occurring. In Daniel 1:2 we read, “And the Lord gave Jehoiakim king of Judah into his hand…” The Lord was sovereign over Nebuchadnezzar’s victory in Jerusalem. Do not miss that point. The abhorrent events described are being folded over into God’s greater plan. When cultural chaos comes, it doesn’t thwart the plans and purposes of God.

Consider the greatest example of evil deeds providentially folding over into the sovereign purposes and plan of God:

Men of Israel, hear these words: Jesus of Nazareth, a man attested to you by God with mighty works and wonders and signs that God did through him in your midst, as you yourselves know—this Jesus, delivered up according to the definite plan and foreknowledge of God, you crucified and killed by the hands of lawless men. God raised him up, loosing the pangs of death, because it was not possible for him to be held by it. (Acts 2:22-24)

God is always on the right side of history no matter how things appear.

The question each of us has to answer is:

what will we believe when our experience goes completely against our expectations?    Will we believe only what we see? Or will we believe what God has said? Will we believe that we know better how history should unfold? Or will we trust God? If we choose to believe only our eyes and think we know best how our lives should unfold, that’s when we will find ourselves on the wrong side of history. Genesis 3:6 should always remind us of the folly of living based on what we see rather than what God has said: “So when the woman saw that the tree was good for food, and that it was a delight to the eyes, and that the tree was to be desired to make one wise, she took of its fruit and ate, and she also gave some to her husband who was with her, and he ate.”

If we are to sing the Lord’s song in a foreign land, not only must we understand that cultural chaos doesn’t thwart God’s plans, but

we must also realize that that culture in which we live is not neutral.    Nothing in neutral. We must realize this or we risk being absorbed into the surrounding culture. We must refuse to be assimilated into the larger culture and choose instead to live for the glory of God. Christians have often responded in times of cultural chaos in two wrongheaded ways: (1) They capitulate to the culture and are absorbed into the culture, adopting the motto, “When in Babylon, do as the Babylonians.” (2) They withdraw from the culture and adopt an isolationist posture, adopting the motto, “We, the good people, must keep ourselves from the bad people out there.” Both of these responses are cowardly, not courageous. This is not how young Daniel and his friends respond, and it is not how we should respond. Rather, we must respond by accommodating without compromise.

It is interesting that Daniel and his friends did not protest their new names or their Babylonian education. I am sure that they did not prefer to have names with Babylonian deities incorporated in them and that the University of Babylon was not high on their list of college choices, but they accommodated to both of these things. They were not contentious simply to be contentious nor did they have faux outrage treating every matter as ultimate. But they did object to the food. Why? Because they did not see the food as a matter of preference but rather as one of obedience or disobedience to God. God had laid out dietary restrictions as a way to set apart the people of Israel. Daniel and his friends saw this issue, not as a matter of preference to be accommodated, but as a potential cultural compromise, so they steadfastly refused. Daniel stood fast on this as a matter of conviction, and he made his convictional trust in God unapologetically public. This is what accommodation without compromise looks like. It is not rooted in personal preference, but in truth.

The principle of accommodation without compromise was also evident in the ministry of the apostle Paul. In Acts 16:3, Paul had Timothy circumcised to accommodate the preferences of the culture. In Galatians 2:3, Paul steadfastly refused to have Titus circumcised because to do so would have confused and compromised the gospel. In Titus’ case, gospel clarity was at stake. In Timothy’s case, the best platform to preach the gospel to unbelieving Jews was the issue. Thus, a refusal to compromise the gospel caused Paul to resist Titus’ circumcision, while the same commitment to the gospel led him to remove the stumbling block of Timothy’s lack of circumcision.

This courageous way of life is only possible if we think more of God than we do our preferences.    Since God is always on the right side of history, no difficult circumstance or situation can keep us from serving him and effectively singing his song no matter how foreign the land. Also, whereas Daniel and his friends were a part of ethnic Israel and attached to the temple in a particular geographical location, all believers on this side of the cross reside in a foreign land. Peter declares that those in Christ are “elect exiles,” “pilgrims,” and “strangers” (I Pet 1:1, 2:11), and Paul adds that followers of Christ have “our citizenship in heaven” (Phil 3:20). The problem is not that we have to sing the Lord’s song in a foreign land; the problem is that when we had more political power and cultural sway, we forgot that we were in a foreign land. In that sense, the present difficulties can be a wake-up call for our gospel sensibilities, and I am praying we sing as we have never sung.
By David Prince|February 25th, 2016|Categories: Blog|