Gun Control, Being Right, and Forgetting the Main Thing 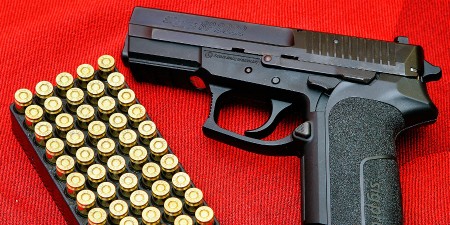 [The following is a guest post by Casey McCall, Pastor of Students and Discipleship at Ashland Avenue Baptist Church in Lexington, KY]

A few years ago when Facebook first came out, I was a little hesitant. Honestly, I thought it was an online dating site. However, when I started seeing married senior adults setting up accounts, I changed my mind. Facebook provided a way, at minimum, for me to stay in contact with people I don’t see everyday and, at most, a forum to share the gospel. I set up an account and still use one today. Since that time checking my Facebook page has become a type of daily ritual, right alongside getting the mail out of my mail box, checking my emails, and seeing which star the Atlanta Braves have decided to trade today.

However, these days scrolling down my newsfeed doesn’t provide me with the same level of enjoyment that it once did. I expect to see signs of a world in rebellion on Facebook. I expect to see political viewpoints with which I don’t agree and terrible crimes and catastrophes from around the world. My theology makes sense of such things. Human beings are sinful and our world is broken. However, Christ has interceded by grace and one day the creation will be made new and his kingdom will be consummated. This future constitutes my hope and keeps me from despair. The world’s brokenness does not surprise me. It grieves me, but the gospel provides me hope. I see these things and pray.

Unfortunately, what frustrates me the most is what I read from a lot of my brothers and sisters in Christ. We seem to have adopted an ‘Us vs. Them’ view of the world where, instead of carefully reflecting about important issues through the lens of the gospel, we quickly jump to whatever political position we think will score the most points for our side. We enjoy launching truth grenades in favor of our pet positions and often leave behind gospel-reflective compassion and love. I grew up around the Auburn/Alabama rivalry, and to be honest, this feels no different. We’ve pre-chosen which side is right and will say whatever it takes to prove it. If you don’t agree with us, then you are the enemy. We like to talk big about standing for truth, but our words routinely sound self-protective and defensive and usually lack compassion and love.

Just to be clear, the righteousness of God demands that we stand for truth, and I in no way think we should ever back down from that calling. However, there is a way to stand for truth that doesn’t lose the compassionate tone of the gospel. Let me give one example. In recent days, gun control has become a hot topic. Just for the record, my personal opinion and the position that I believe lines up with truth is that banning guns is a bad idea. Criminals will always be able to get access to weapons, and such laws would prevent law-abiding citizens from protecting themselves. The right to bear arms was put in the Constitution to protect citizens from totalitarian governments, and that’s a right I believe is important. My Bible also tells me that the problem is never the gun; it’s the human heart. Guns do not cause people to want to kill. Sin causes people to want to kill. If its not a gun, it will be something else.

Now, I’ve just outlined what I believe is the predominant conservative position on gun control. However, we don’t seem to stop there. We want to make it known that if you want to enter my house, well buddy I’m packin’! I hope I get a chance to pull my weapon and put someone down. As a good friend reminded me recently, we live more by Hank Jr’s words than the words of Jesus: “I’d like to spit some Beechnut in that dude’s eye and shoot him with my old .45, ‘cause a country boy can survive.” We seem giddy about the possibility of shooting someone and potentially sending them to face an eternity under the judgment of God. We seem to delight in the notion of sending homeless men, women, and children back into foreign warzones for the sole reason that they practice a false religion and wear hijabs on their heads.

The gospel does not place self-protection and being right politically above every other Christian value. Jesus scandalously taught us, “Love your enemies and pray for those who persecute you, so that you may be sons of your Father who is in heaven” (Matt. 5:44-45). An “Us vs. Them” worldview is a woefully sub-Christian worldview. We were all once God’s enemies (Rom. 5:10). We were on the wrong side of every important issue. We lived as enemies of God, and the only reason we are not still in that position is God’s love for his enemies. By grace we have been saved. God’s mercy is the only reason we have ever been right about anything. An “Us vs. Them” worldview would mean that we all face an eternity in hell.

We often sound a lot like James and John. Upon seeing the foreign Samaritans reject Jesus and his message, they said, “Lord, do you want us to tell fire to come down from heaven and consume them” (Luke 9:54)? You get their mindset: “These foreign rebels don’t worship you. They practice a dangerous religion—one that might harm good people. Why don’t we just blow them all up?” Luke records Jesus’ response: “But he turned and rebuked them. And they went on to another village” (Luke 9:55-56).

Why did Jesus rebuke James and John? Because they didn’t get his mission. They forgot the main thing: “God did not send his Son into the world to condemn the world, but in order that the world might be saved through him” (John 3:17). The church has been tasked with the mission of taking the message of God’s radical love in Christ to the nations. This mission is our main thing. It trumps being right politically. It trumps our own safety. We cannot faithfully carry out Christ’s mission if we care more about our personal rights than we do the souls of the people around us. Following Christ is risky. It might mean putting ourselves in harm’s way. It always means people will hate us. But it must never mean anything less than the greatest commandment: “Love your neighbor as yourself” (Mark 12:31).

About the Author: Casey McCall