When Morality is No Better than Paganism 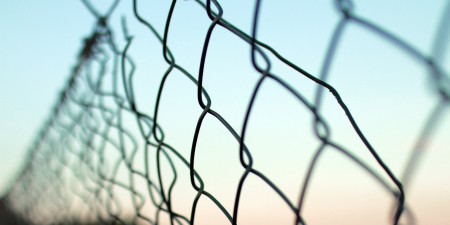 Idolatry is often subtle. The subtlety comes because we tend to make idols of good things. We can fixate so much on a particular good thing that it becomes an ultimate thing. Anytime we think that we cannot be happy or satisfied as a result of not having something, we have made it an object of worship—an idol. In the pursuit of self-referential freedom, we often place ourselves in the bonds of spiritual slavery.

In Galatians 4, the Apostle Paul confronts false teachers in the churches of Galatia who were seeking to enslave the Galatians by teaching that spiritually mature believers trust Christ and keep various aspects of the law, including circumcision. He explains that before they knew God, the Galatians were enslaved in the worship of many so-called gods and all manner of vain idols. Their lives as pagans were involved in all sorts of false worship, sin, and immorality. However, once the Galatians heard and believed the gospel of the free and sovereign grace of God in Christ, they were freed from their slavery to sin and the enslaving pursuit of idols.

But some in the churches of Galatia were beginning to believe the Christ-plus-something message of the false teachers. According to Paul, that is a return to the slavery they were in as pagans. Note the subtle but powerful point Paul makes: legalistic trust in law keeping, even if it leads to biblically faithful moral behavior, is just as much an idolatrous form of spiritual slavery as paganism is. In other words, if you strive to perform good deeds, and trust in your religious performance as the ground of your hope and assurance, you are just as enslaved as the person who is trying to appease many gods to appropriate divine favor, or the person who is simply attempting to satiate their own fleshly desires in the pursuit of contentment. All are empty pursuits that will always demand more and never satisfy.

There are really only two religious options. There is only grace or performance. Christianity is a religion of grace—what God has done for us in Christ. Every other religious approach is rooted in personal performance. Religious performance is an appeal to the flesh. Performance says climb this ladder, do these things and don’t do these things. Only then will you have assurance. The result is disillusioned people who are always striving but never arriving. The performance treadmill has no off switch.

Religious legalism cannot kill the flesh because it feeds the flesh. It is rooted in selective standards and thrives on comparison with others for motivation and self-justification. Unity is not possible because the success of others becomes a threat to your own identity and assurance. Loving and self-sacrificially serving others would be a form of self-sabotage. Only gospel grace can produce true humility, freedom, and unity. Those who are satisfied in Christ as an all-sufficient Savior know that when he said, “It is finished” (John 19:30), he meant it. Well-behaved kids, a strong marriage, a reputation as a servant in the church, being known as a great Bible teacher, and countless other good things are forms of bondage when seen as a ground of one’s justification and assurance.