You Aren’t as Smart as You Think You Are . . . So Don’t Manuscript Your Sermons: A Friendly Response to Jason Dees 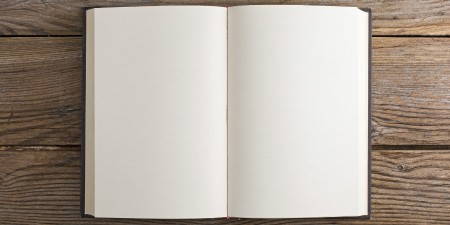 My good friend, Jason Dees, pastor of Valleydale Baptist Church in Birmingham Alabama, wrote a short piece in an outstanding edition of the 9 Marks Journal (Expositional Preaching Spring 2015) entitled “You Aren’t as Smart as You Think You Are . . . So Manuscript Your Sermons”. I encourage you to read the entire thought provoking journal. I am responding to Jason’s piece because, after 10 years of teaching preaching at The Southern Baptist Theological Seminary, I see the issue from the opposite direction of my good friend. I think the person who can preach effectively from a manuscript is the rare gifted exception.

Help for Us Average Preachers

I tell my preaching students that there are always exceptions to any rule but that I am teaching toward the vast majority of us who have average and not exceptional intellectual gifts. As a baseball coach for over two decades, I know that one difficulty of teaching boys solid hitting mechanics is their desire to emulate the stance and approach of Major League baseball players. I try to remind them that any player who makes an MLB roster is an exceptional and elite player who works on his craft almost every single day. In other words, because of his exceptional ability he can get away with things the average recreational player cannot. There have always been and remain some powerful expositors who can take a full manuscript into the pulpit and be effective, but they certainly are not the norm. There is good reason that a vast majority of teachers of homiletics have warned against preaching from full manuscripts.

Preparing the Sermon in its Native Language – Orality

J.C. Ryle said, “English composition for speaking to hearers and English composition for private reading are almost like two different languages, so that sermons that ‘preach’ well ‘read’ badly” (Iain Murray, D. Martyn Lloyd-Jones: The Fight of Faith, 345). There is certainly nothing wrong with writing a manuscript to “write yourself clear,” as Jason quotes W.H. Griffith Thomas’s assertion. The problem arises when a manuscript is not turned into oral prompts to be used for preaching, as writing is for the eye and oration is for the ear. The manuscript, the outline, and the notes are emphatically not the sermon. The sermon is an oral event—it is what is said.

If the manuscript is read, which virtually no one recommends, then the message is depersonalized. If the manuscript is memorized, then the sermon is often like an energetic child who, when told to recite John 3:16 before the entire congregation, becomes almost robotic and awkward because is trying to remember each word to get it just right. Another approach is to become familiar with a manuscript but to avoid relying heavily upon it. I find that, when this approach is used and the preacher is trying to mentally follow his manuscript, while attempting to appear he is not doing so, the result is often overly-polished sermonic moments followed by hesitating ones as he attempts to rummage his brain for the beautiful words he has written. Those moments where he continues talking but he’s really trying to remember his place in the sermon awkwardly break the connection with his listeners. In other words, it is noticeable.

Notes as Oral Prompts Wooing You to Preach

I think the better approach for us average preachers is to prepare the entire sermon with orality in mind and to consider our minimal notes as oral prompts that woo us to preach (check out Clyde Fant’s excellent discussion of oral notes here) Yes, this takes more work—not less. I often tell my students that if they ask me about my wife, I can talk forever, but I know her so well that I can also give them a two-hour, 15-minute, or a 30-second explanation as well. The sermon needs to become a part of the preacher in that way because he has been living with the text and knows it intimately. He is not simply parceling out facts and information. He is declaring truth that has taken up residence with him and is abiding within him. One of the primary problems I find while teaching seminary students preaching is that they tend to see the gathering of biblical information to pass along as the terminal point in the preparation of sermons rather than the oral communication of biblical truth to a particular group of listeners.

I try to get my students to envision the preaching task as a counseling session writ large. If someone makes an appointment with a pastor to say they are thinking about leaving their spouse or committing suicide, the pastor should most definitely get his biblical thoughts together and prayerfully prepare for the conversation. He will probably jot some verses down to reference or some ideas he wants to word in a particular way. Nevertheless, he would almost certainly not prepare a manuscript and say upon their arrival, “I have prepared this document to share with you and I will say every word or at least most of the words because I want to get them just right.” Why not? Because this is a weighty moment pregnant with emotion and consequence and the last thing he would want is to seem impersonal or that he thinks this is simply a matter of the appropriate facts and information. No, he wants to have a biblically faithful and deeply personal conversation. Are those realities any less vital in the pulpit?

Preaching as a Communal Oral Event

In his classic homiletic text, A Treatise on the Preparation and Delivery of Sermons, John Broadus argues for preaching with minimal notes and viewing them as oral prompts as the best approach for most preachers. He powerfully explains the unique interaction this method provides between the preacher and the people in the preaching moment when he writes,

Any man who possesses, even in a humble degree, the fervid oratorical nature, will find that after careful preparation, some of the noblest and most inspiring thoughts he ever gains will come while he is engaged in speaking. If, full of his theme and impressed with its importance, he presently secures the interested and sympathizing attention of even a few good listeners, and the fire of his eyes comes back reflected from theirs, till electric flashes pass to and fro between them and his very soul glows and blazes and flames,–he cannot fail sometimes to strike out thoughts more splendid and more precious than ever visit his mind in solitary musing (1897 edition, 427-428).

I appreciate the fact that Jason Dees includes an admonition that the preacher should not allow the manuscript to confine his preaching. Where we would differ is that I think with the exception of some uniquely gifted men—it does confine and depersonalize. As John Broadus explains, when preachers rely on manuscripts, “Greater coldness of manner is almost inevitable” (A Treatise on the Preparation and Delivery of Sermons, 1897 edition, 414). Of course, there are dangers in preaching from oral prompts as well; rambling, lack of focus, and ineffectively managing time, but those are the same dangers in the counseling room that we must overcome because of the urgency of the task. When sermon notes are oral prompts rather than a manuscript, the sermon creates the tool rather than the other way around.

As Martin Luther said in his Church Postil of 1522, the church is a “mouth house” not a “pen house.” Further, Luther explained, “The apostles wrote very little, but they spoke a lot… Notice: it says let their voices be heard, not let their books be read” (A. Skevington Wood,

Captive to the Word: Martin Luther. Doctor of Sacred Scripture, 90). Preaching is a living transaction between the preacher and the congregation and serves as an eschatological act that points to the consummation of the kingdom of Christ when every tribe, tongue, and nation will gather and hear the voice of the chief Shepherd (1 Pet 5:2-4, Rev 7:17, Rev 22:4).