The real problem of evil and suffering: Why do good things happen to bad people 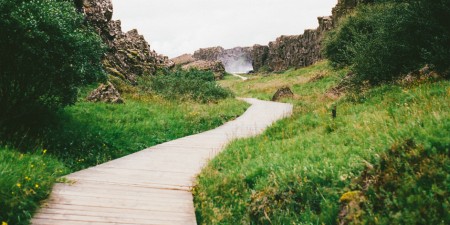 In 2005, when hurricane Katrina devastated New Orleans, Pat Robertson infamously claimed it was God’s judgment on America’s sins. Of course, looking for a direct, one-to-one, immediate personal cause for a tragic event is not new. Jesus disciples asked him, “Rabbi, who sinned, this man or his parents, that he was born blind?” (John 9:2). Jesus’s answer gets to the heart of what wrong with this kind of thinking that has more in common with the concept of karma than Christianity: “It was not that this man sinned, or his parents, but that the works of God might be displayed in him” (John 9:3). Their problem was viewing the world apart from the lens of gospel grace.

Jesus used his disciples question in John 9:2 to show them that the way they were framing the question was wrong—their worldview was faulty. Their basic categories were out of order with Christ-centered reality. In Luke 13:1-6, some men bring up a tragic event in which Pilate barbarically had some Galilean disciples executed while they were offering sacrifices during Passover. The disciple’s blood mingled with the blood of the sacrifices they were offering. Jesus responded by revealing that he knew that they were mentioning the tragedy because they believed the men “were worse sinners than all the other Galileans” because “they suffered in this way” (Luke 13:2).

Jesus then brings up a tragic event where eighteen people died because “the tower in Siloam fell and killed them.” He asks the same rhetorical question again, “Do you think that they were worse offenders than all the others who lived in Jerusalem?” (Luke 13:4). The framework by which they are interpreting these events reveals they assume people are basically good so when someone fails they often immediately suffer for it. Thus, they live a lifestyle of trying to perform, comparing themselves to others, evaluating if they measure up, always wondering, am I good enough?

Jesus’s response to both of the tragic events is to assert, “No, I tell you; but unless you repent, you will all likewise perish” (Luke 13:3,5). His response reframes the event in light of his gospel. The question should not be, “why do bad things happen to good people?” The question should be, “why do good things happen to bad people?” Jesus is pointing to that which is truly scandalous in a fallen world. Of course, tragic things happen in a fallen world where all have sinned and fall short of the glory of God. The amazing thing is that there is rarely an immediate one-to-one correspondence between our sin and the judgment that we all rightly deserve (Rom 3:21-26). Our only hope is to live by grace alone—not performance.

We too often live our daily lives as if there is no such thing as common grace or gospel grace. Christians are not immune to this kind of functionally graceless living. The truth is our daily lives are chock-full of grace. Our problem is that often we cannot see it because of the self-referential lens by which we look at the world often filters out the grace that would otherwise be so evident. We miss the scandal of the cosmos; that in a world full of sinners, there are so many blessings and there is amazing grace.

If people were basically good, Jesus would have had no need to talk of the necessity of repentance for all to avoid perishing. Jesus’s point was that the men who think the tragic events proved the people who died were worse sinners need to understand they deserve a worse fate than those who were executed and those who were crushed under the weight of the collapsed tower. Repentance only makes sense if grace is both necessary and available. Our starting point must be grace. We should live always asking in astonishment, “Why do good things happen to bad people?” We should be awed that we experience common grace things like sweet tea, BBQ, friendship, the laughter of a child, love, joy and the gospel grace of forgiveness of sins and adoption as children of God. The only answer to the fact we are sinners is grace–“None is righteous, no, not one” (Rom 3:10).

It is only when we begin to frame the world in light of the gospel that will we stop attempting to manipulate God and simply trust and lie in God’s grace in Christ. Those who think the world operates on a karma-like basis live a lifestyle of attempting to manipulate God to get what they want. Perhaps, if you squint your eyes tightly enough as you sing loudly in church God will give you what you want. Maybe if you put more money in the offering, then God will give you that promotion you have been wanting at work. When good things do come they will think, “it is about time.” There is no joy in that. Before we even realize it, our spiritual lives consist of nothing more than attempt after attempt to manipulate and appease God.

But the person who understands they are a guilty sinner who deserves judgment, is liberated to worship and delight in God whether success or failure comes. Because they see the grace that sustains them each and every day, they are free to live in response to that grace, rather than shackled to the treadmill of performance. They know that they have been promised all things in Jesus and that in Jesus all the promises of God are yes and amen (2 Cor 1:20). Thinking you are basically good does not liberate but puts you in a prison of entitlement. Freedom only comes from knowing you are fundamentally a sinner, but one who is living in the lavish grace of Jesus.

I was once in a group of leaders who were talking about definition of grace. One man said, “I believe everything outside of hell is grace,” and the room fell silent. When you understand that fact then you know why repentance is a lifestyle of living in the rhythm of grace. The Bible calls us to faith in Christ and repentance, which means repenting of our sinful failures but also repenting of the sin of trusting in our perceived successes. We must believe the Lord Jesus when he said, “Apart from me you can do nothing” (John 15:5).