Why Foolishness is Better than Self-Esteem 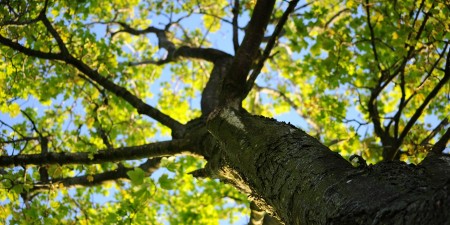 He entered Jericho and was passing through. And behold, there was a man named Zacchaeus. He was a chief tax collector and was rich. And he was seeking to see who Jesus was, but on account of the crowd he could not, because he was small in stature.

If you could gather every person who has ever drawn a breath in human history into one place and ask them, “What is the human source of our societal problems?” There would be a virtually unanimous response, “Selfishness!” Most cultures in human history have considered inordinate self-focus a vice that damages people and society.

But there would be a tiny minority report from modern Western culture. Our culture’s answer to that question is the complete opposite. We say that the source of societal problems is lack of self-esteem. Why do people do harmful and destructive things? The predominant answer in our culture is they think too little of themselves and the solution is that they learn to focus more on themselves and think more highly of themselves.

The problem for Christians who buy into the minority report of contemporary Western culture is that a self-referential worldview is at odds with the Christian message. You cannot tack the gospel onto a self-referential worldview. The Scripture warns us, “Do not think of yourself more highly than you ought” (Rom 12:3) and “in humility count others more significant than yourselves” (Phil 2:3). Self must not be our reference point because we are to live “fixing our eyes on Jesus” (Heb 12:2). The account of Zacchaeus helps us see what happens when we humbly see Jesus with eyes of faith.

Jericho was a major trade center situated on the way to Jerusalem. And since it was almost Passover, the city’s population had swollen. And when they heard that Jesus was passing through, people gathered to see this teacher everyone was talking about. And Zacchaeus was no exception. Zacchaeus was a wealthy man; a chief tax collector. Zacchaeus was a despised tax collector and his wealth certainly had brought him a certain level of sophistication and refinement.

Zacchaeus wanted to see Jesus. But he had a problem. He was short, probably less than five feet tall. Due to the crowds, there was no way he would be able to see Jesus for himself. So he decided to climb a tree. A strange sight, I’m sure. Here is this wealthy, sophisticated man climbing a tree like a child. Rich, sophisticated men don’t climb trees. At least those who are attempting to maintain an image of refinement and sophistication don’t climb trees.

Jesus as Lord or Perception as Lord?

This is one reason Jesus continually warned about wealth. It is hard to have wealth and not trust in the comfort and security it seemingly brings or the image of competence it often creates. But Zacchaeus had something on his mind other than his wealth and his cultural perception. He wanted to see Jesus. So he scurried up that sycamore tree.

This moment is instructive for us. Zacchaeus was so lost in his desire to see Jesus that he did not care what others would say. He did not allow the crowds to hinder his pursuit of Jesus because all that mattered was seeing Jesus. He did not want second-hand information about Jesus. He wanted to see Jesus for himself. The opinion of the crowds was insignificant. Zacchaeus was demonstrating self-forgetful humility. He was so lost in seeing Jesus, he did not think about himself, only seeing Jesus.

If seeing Jesus meant looking like a child and climbing a tree, Zacchaeus was humble enough to do it. We must also learn self-forgetful humility. As we seek to walk with Jesus, we cannot look at ourselves and then look out at the world. If we do, we will allow the world to dictate our actions and not Jesus. But if we get lost in seeing Jesus in everything we do, then we will see the world through one lens–Jesus is Lord. The opinion of the world will be of little significance. And if the world’s opinions do not rule us, then we are free to live for Jesus in all things. No longer will we fear man. Rather, we will display to the world a hope-filled transforming fear of God.

The question we must all answer is, are we willing to be thought a fool for the sake of Jesus? Pride will always remind us of how our actions will look to others. After all, serving Jesus has its place but there is no reason to get carried away and have people think you are crazy. Lost in the wonder of the grace and glory of Jesus,  Zacchaeus was a willing fool in a tree for Christ’s sake. Those who cling to their self-referential worldview will focus on self,  play it safe, and manage their cultural image. Only a self-forgetful, Jesus-centered humility can enable us to answer as Zacchaeus did.