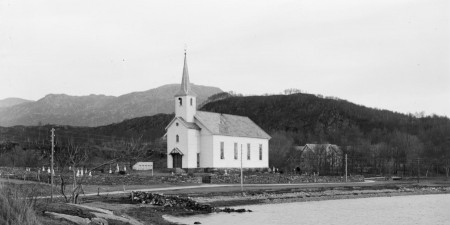 I have added the headings below to help arrange and organize the material. The quotations are from a message Andrew Fuller (1754-1815) gave in 1799 titled The Discipline of Primitive Churches Illustrated and Enforced. It is full of clear and concise on a Gospel-centered application of church discipline.

Must Not Promote a Party Spirit

If uniformity be required in such a degree as that every difference in judgment or practice shall occasion a separation, the churches may be always dividing into parties, which we are persuaded was never encouraged by the apostles of our Lord, and cannot be justified in trivial or ordinary cases. A contrary practice is expressly taught us in the Epistle to the Romans (chap. 14); and the cases in which it is to be exercised are there pointed out. An object of forbearance, however, must be one that may exist without being an occasion of dispute and wrangling in the church; it must “not be to doubtful disputations,” ver. 1. It must also respect things which do not enter into the essence of God’s kingdom, the leading principles of which are “righteousness, peace, and joy in the Holy Ghost,” ver. 16, 17.

Church discipline is limited to that which

That which does not subvert the gospel of the kingdom, …

Sets aside the authority of the King

… nor set aside the authority of the King, though it be an imperfection, is yet to be borne with.

Destroys the work of God

Finally, it must be something which does not “destroy the work of God,” or which is not inconsistent with the progress of vital religion in the church, or in one’s own soul, ver. 20. In all such cases we are not to judge one another, but every man’s conscience is to be his judge, ver. 23.

In attending to those things which are the proper objects of discipline, …

The good of the disciplined party

… our first concern should be to see that all our measures are aimed at the good of the party,

The honor of God

… and the honour of God. Both these ends are pointed out in the case of the Corinthian offender.

The restoration of the disciplined and Gospel integrity of the church

All was to be done “that his spirit might be saved in the day of the Lord,” and to clear themselves as a church from being partakers of his sin.

The great errors to be avoided in church discipline

If these ends be kept in view, they will preserve us from much error; particularly from the two great evils into which churches are in danger of falling—false lenity, and unchristian severity.

There is often a party found in a community, who, under the name of tenderness, are for neglecting all wholesome discipline; or, if this cannot be accomplished, for delaying it to the utmost. Such persons are commonly the advocates for disorderly walkers, especially if they be their particular friends or relations. Their language is, “He that is without sin, let him cast the first stone.” My brother hath fallen to-day, and I may fall to-morrow. This spirit, though it exists only in individuals, provided they be persons of any weight or influence, is frequently known to impede the due execution of the laws of Christ; and if it pervade the community, it will soon reduce it to the lowest state of degeneracy. Such for a time was the spirit of the Corinthians; but when brought to a proper sense of things, “what carefulness it wrought in them, yea, what clearing of themselves, yea, what indignation, yea, what fear, yea, what vehement desire, yea, what zeal, yea, what revenge!”

In opposing the extreme of false tenderness, others are in danger of falling into unfeeling severity. This spirit will make the worst of every thing, and lead men to convert the censures of the church into weapons of private revenge. Persons of this description know not of what manner of spirit they are. They lose sight of the good of the offender. It is not love that operates in them; for love worketh no evil.

Love is the grand secret of church discipline

The true medium between these extremes is a union of mercy and truth. Genuine mercy is combined with faithfulness, and genuine faithfulness with mercy; and this is the only spirit that is likely to “purge iniquity,” Prov. 16:6. Connivance will produce indifference; and undue severity will arm the offender with prejudice, and so harden him in his sin: but the love of God and of our brother’s soul is adapted to answer every good end. If we love God, like Levi, we shall know no man after the flesh, nor acknowledge our nearest kindred; but shall observe his word, and keep his covenant. And if we love the soul of our brother, we shall say, He is fallen today, and I will reprove him for his good: I may fall tomorrow, and then let him deal the same with me. Love is the grand secret of church discipline, and will do more than all other things put together towards insuring success.

In the exercise of discipline it is necessary to distinguish between faults, which are the consequence of sudden temptation, and such as are the result of premeditation and habit. The former require a compassionate treatment, the latter a greater portion of severity. The sin of Peter in denying his Lord was great, and, if noticed by the enemies of Christ, might bring great reproach upon his cause; yet, compared with the sin of Solomon, it was little. He first gave way to licentiousness, then to idolatry, and on finding that God, as a punishment for his sin, had given ten tribes to Jeroboam, he sought to kill him. Cases like this are imminently dangerous, and require a prompt and decided treatment, like that which we should use towards a child fallen into the fire; in which a moment’s delay might be fatal, and in which hesitating tenderness would be the height of cruelty. “Of some have compassion, making a difference: others save with fear, pulling them out of the fire; hating even the garment spotted by the flesh,” Jude 22, 23. See also Gal. 6:1.

The church determines repentance and not the one under discipline

It has been further objected, that censuring a person on account of his religious sentiments invades the right of private judgment, is inconsistent with the liberty of the gospel, and contrary to the leading principles on which protestants have separated from the Church of Rome, and Protestant Dissenters from the Church of England. The right of private judgment, while we claim no connexion with others, is an undoubted right. We may be Christians, infidels, or atheists, and none but God has any control over us; but if we desire the friendship and esteem of good men notwithstanding, or claim admission to a Christian church, or should we be in it already, and claim to continue our situation, surely they would not be obliged to comply.

The eye of a true penitent will be fixed upon the greatness of his sin, and he will be the last to discern or talk of his repentance for it. So far from pleading it in order to evade censure, he will censure himself, and desire nothing more than that testimony may be borne against his conduct for the honour of Christ.