A Good Friday Meditation by Andrew Fuller: Conformity to the Death of Christ 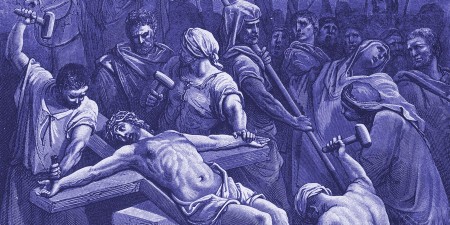 Below are excerpts of a sermon by the great pastor, theologian, and apologist Andrew Fuller (1754-1815). I have added the headings but the text is entirely taken from Fuller’s sermon on Philippians 3:10.

“Being made conformable unto his death.”— Philippians 3:10

The Death of Christ is the Lifeblood of All Christian Doctrine

The death of Christ is a subject of so much importance in Christianity as to be essential to it. Without this, the sacrifices and prophecies of the Old Testament would be nearly void of meaning, and the other great facts recorded in the New Testament divested of importance. It is not so much a member of the body of Christian doctrine as the life-blood that runs through the whole of it.

Every Part of Practical Religion Hangs on the Death of Christ

The doctrine of the cross is the Christian doctrine. In determining “not to know any thing—save Jesus Christ, and him crucified,” the apostle did not mean to contract his researches, or to confine his ministry to a monotonous repetition of a favourite point, to the neglect of other things; on the contrary, he shunned not to declare “the whole counsel of God.” The doctrine of “Christ, and him crucified,” comprehended this: it contained a scope which, inspired as he was, surpassed his powers; and well it might, for angels could not comprehend it, but are described as merely desiring to look into it. There is not an important truth, but what is presupposed by it, included in it, or arises out of it; nor any part of practical religion but what hangs upon it.

It was from this doctrine that the New Testament writers fetched their most powerful motives.

Do they recommend humility?

It is thus: “Let this mind be in you which was also in Christ Jesus, who, being in the form of God, thought it not robbery to be equal with God; but made himself of no reputation, and took upon him the form of a servant, and was made in the likeness of men; and being found in fashion as a man, he humbled himself, and became obedient unto death, even the death of the cross.”

Do they enforce an unreserved devotedness to God?

It is thus: “Ye are not your own; for ye are bought with a price; therefore glorify God in your body, and in your spirit, which are God’s.”

If they would provoke Christians to brotherly love?

It is from the same consideration: “Herein is love, not that we loved God, but that he loved us, and sent his Son to be the propitiation for our sins. Beloved, if God so loved us, we ought also to love one another.”

Do they urge a forgiving spirit?

It is thus: “Be ye kind one to another, tender-hearted, forgiving one another, even as God for Christ’s sake hath forgiven you.”

Do they recommend benevolence to the poor?

It is from this: “For ye know the grace of our Lord Jesus Christ, that, though he was rich, yet for your sakes he became poor, that ye through his poverty might be rich.—Thanks be to God for his unspeakable gift!”

Finally, The common duties of domestic life are enforced from this principle

“Husbands, love your wives, even as Christ also loved the church, and gave himself for it.”

It is an immediate relation to this great principle that both the ordinances of baptism and the supper appear to have been instituted. As many as were baptized, were baptized into Christ’s death; and, in eating the bread and drinking the wine, they were directed to do it in remembrance of him. It was a wonderful instance of condescending love in the Lord Jesus to desire to be remembered by us. Had we requested in the language of the converted thief to be remembered by him, there had been nothing surprising in it; but it is of the nature of dying love to desire to live in the remembrance of those who are dear to us. It was not, however, on his own account, but on ours, that he left this dying request. He knew that to remember him would answer every case that could occur.

If afflicted, this would be our solace; if persecuted, the consideration of him that had endured such contradiction of sinners would prevent our being weary and faint in our minds; if guilty, this would point out the way of forgiveness; or if tempted to turn aside, this would bind us to his name and cause.

It was by a believing view of this great subject that the apostle, at the first, counted all his former privileges and attainments loss; and though, in consequence of renouncing Judaism, he had exchanged all his earthly prospects for hunger, and thirst, and nakedness, and perils, and bitter persecutions, yet, after thirty years’ experience, he does not repent, but, in a tone of heavenly triumph, adds, “Yea, doubtless, and I count all things but loss for the excellency of the knowledge of Christ Jesus my Lord; for whom I have suffered the loss of all things, and do count them but dung, that I may win Christ, and be found in him, not having mine own righteousness, which is of the law, but that which is through the faith of Christ, the righteousness which is of God by faith!”

A mind thus imbued with the sacred theme, we should think, must have known much of Christ already, and, compared with us, he must; yet, after all that he had thought, and preached, and written, he makes nothing of his attainments, but adopts the language of one that had, in a manner, every thing to learn: “That I may know him, and the power of his resurrection, and the fellowship of his sufferings, being made conformable unto his death.”

The last of these vehement desires seems to be explanatory of some, if not all, that precede it. That is, he would know him, and the power of his resurrection, and the fellowship of sufferings, as “being made conformable unto his death.” The sentiment here conveyed appears to be, That, the death of Christ is a model to which Christians must aspire to be conformed. This sentiment we shall endeavour to illustrate and confirm.

There are other models beside the death of Christ; but they are included in this.

The law of God is that to which we must become conformed. If we be born from above, it is “written in our hearts.” But one great end of Christ’s death was to honour the Divine law, not only in its precept, but its penalty, a conformity to the one must include a conformity to the other.

The character of God also is represented as a model to which believers are conformed. The new man is created “after God, in righteousness and true holiness;” but as in the death of Christ God was glorified in the highest, a conformity to this must be a conformity to the Divine character.

The lives of holy men are also held up for our imitation; but as this is only in proportion as they are followers of Christ, a conformity to him includes all that is required of us respecting them.

There never was such an example of the “love of God” as that which is furnished by the obedience and death of Christ. It was his meat and drink to do the will of his Father. He did not know his nearest relations, but as doing his Father’s will. When the bitter cup was presented to him, he said, “Now is my soul troubled; and what shall I say? Father, save me from this hour: but for this cause came I unto this hour. Father, glorify thy name.” What was this but exposing his breast, as we should say, to the sword of justice; consenting to be made a sacrifice, that God might be glorified in the salvation of sinners?

It was love, working in a way of grief, that caused that affecting exclamation, “My God, my God, why hast thou forsaken me?” He could endure the cross, and even despise the shame; he could bear to be betrayed, denied, and forsaken by his own disciples: but to be forsaken of God wounded him beyond any thing. Oh to be made conformable to his death in these things; to love God, so as to account it our meat and drink to do his will; so as to reckon his friends our friends and his cause our cause; to be willing to do any thing, or suffer any thing, for his name’s sake; and to feel the withholding of his favour our severest loss!

As there never was such love to God as that which was manifested by Christ, so neither was there ever such love to men. “He loved us, and gave himself for us—loved us, and washed us from our sins in his own blood. The love of creatures is ordinarily founded on something lovely in the object; but Christ died for us while we were yet enemies. To be made conformable to his death in this is to bear good-will to men, to seek their present and everlasting welfare in every way that is within our power; and this notwithstanding the unloveliness of their character and conduct: “Love them that hate you, and pray for them that despitefully use you, and persecute you.”

Unbelievers, who know no principle superior to self-love, have represented this precept of our Lord as unnatural and extravagant. Yet they themselves are daily partaking of his bounty, who causeth his sun to rise on the evil and the good, and his rain to descend on the just and on the unjust. If they were the children of that Being whom they acknowledge, they would, in some degree, resemble him. Such was the example of Jesus, and such must be ours, if we be made conformable to him.