Is Knowledge of the Original Languages Indispensable for Expository Preaching? Wisdom from John Broadus 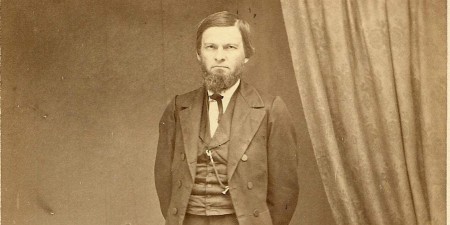 It is not uncommon to hear a seminary professor or Bible student assert that expository preaching or biblical theology cannot genuinely be done without a thoroughgoing knowledge of the original languages. I had the privilege at Southwestern Baptist Theological Seminary of learning Greek under the tutelage of Dr. Lacoste Munn and learning Hebrew from Dr. Dan Kent. Both men were outstanding biblical linguists and passionate teachers. My training in the original languages has certainly benefited me in interpreting and proclaiming the Scriptures and I feel especially blessed to have had the opportunity to study the languages under superb professors.

Nevertheless, as a seminary professor of Christian preaching, I have always felt it my responsibility to teach my students that a thoroughgoing knowledge of the English Bible is absolutely indispensable, and that training in the biblical languages, although immensely helpful, is not indispensable. I tell them that they would be misguided to see knowledge of Greek and Hebrew as an interpretive magic bullet. Nothing is as vital as being saturated with Scripture and being familiar with a biblical text in its immediate, epochal, and Christ-centered canonical contexts. Preachers must be committed to understanding the Scriptures by reading forward and backward in their Bibles, understanding the flow of redemptive history. The old saying is true; context is king in biblical interpretation. We should also acknowledge that painstaking scholarship has provided us English formal equivalent translations that are outstanding.

Such was the historic position of the Southern Baptist Theological Seminary, where I have the privilege to teach. Southern Seminary historian Gregory A. Wills writes, that one of the primary emphases of James P. Boyce, John Broadus, and Basil Manly Jr. at the founding of the seminary was, “the reliance on the English Bible, rather than the Bible in the original Hebrew and Greek, to provide a thoroughgoing grounding in exegesis and interpretation of the Bible” because they believed their chief mission to be preparing students to preach the gospel and pastor churches (Southern Baptist Theological Seminary: 1859-2009, 26). John Broadus served as the first professor of New Testament and the second president of the Southern Baptist Theological Seminary. In his classic preaching text, A Treatise on the Preparation and Delivery of Sermons, Broadus explains his understanding of the relationship between the original languages and expository preaching. I have added headings and posted excerpts of his helpful thoughts below:

If, then, a revelation was to be given in human language, and to be expressed for the most part in that familiar style which would make it “come home to men’s business and bosoms,” would make it a book for men and women, and boys and girls, for cultivated and uncultivated people, it must be an inevitable condition of such a revelation that questions might often arise as to the exact meaning of the details (53).

Far better this, it is evident, than the idea of a revelation presented in a uniformly didactic and rigorously scientific style, which must at last fail of absolute precision, while it would be thoroughly devoid of interest for the ordinary human mind. Let us, therefore, cheerfully accept the necessity of exercising great care when we interpret the language of Scripture, as we are compelled to do with all other language (54).

Broadus explains some of the inherent challenges in biblical interpretation that are aided by knowledge of the original biblical languages but then asserts:

In preaching God’s Scriptural revelation, knowledge of the original languages is desirable but not indispensable

Yet, with all this, there is nothing to discourage or excuse the preacher from earnest efforts to ascertain the true meaning of the text. By working himself, through extensive, constant, and devout reading of the Bible, into thorough sympathy with its characteristic modes of thought and forms of expression, by throwing himself upon the current of the general connection of this text, so as to be borne over any particular difficulties, by comparing it with various other passages in which the same or a kindred subject is treated, and by consulting the works of the learned and really judicious expositors, the intelligent preacher who uses only our English Version will have great success in the interpretation of the Scripture (54).

Witness the sermons and writings of hosts of Baptist ministers, and also of Methodists and others. Witness Andrew Fuller, who had practically no knowledge of the original languages, and yet whose interpretations of Scripture are clear and safe in a degree very rarely surpassed (55). Yet

[Fuller] loved to study the very words of Scripture. In all his works it is manifest that he did not content himself with gathering the general meaning of a passage, but was exceedingly anxious to know its exact meaning (307).

If on the other hand one uses the original languages in his interpretation, there is the danger of being misled by superficial knowledge or hasty examination (55).

As to the difficult places [in Scripture], an acquaintance with the original languages will enable us to judge, with greater confidence and correctness, among the various interpretations, though it be not likely that we shall strike out anything new, without a profounder knowledge that is often attained. Such an acquaintance will also sometimes save us from the disheartening notion that scholarship would make it all plain, in cases which have at last to be decided by reference to the connection and general teachings of Scripture (55).

We must say in general, that no man will succeed in expository preaching unless he delights in exegetical study of the Bible, unless he loves to search out the exact meaning of its sentences, phrases, and words. In order to do this, a knowledge of the original languages of Scripture, is of course exceedingly desirable, but it is by no means indispensable (307).

In expository preaching, close, thoughtful, lovingly patient study of the English Bible with special attention to the general contents and connections is indispensable

We have a great multiplication of commentaries, and an immense amount of more or less real study of the Scriptures in Sunday schools, we have many more ministers than formally who know something of the original languages, but there is reason to fear that the close, thoughtful, lovingly patient study of the Bible is a less common among the ministry now that it once was (307-308).

But not to dwell further upon this opinion, it is proper earnestly to insist that one great reason why many ministers find expository preaching difficult is, they have not been sufficiently accustomed to study the Bible. Our rapid general reading is very useful, our devotional reading of brief portions is indispensable to personal piety, but the downright study of the Scripture is too often confined to the text for next Sunday, and their immediate context. The first thing to do, then, after determining to give a series of expository sermons upon a book, or other portion of Scripture, is to study it all over in advance, with some of the best explanatory commentaries, and with special attention to the general contents and connection. To commit the book to memory would be no bad idea, but at any rate one should get the whole train of thought or series of facts, from beginning to end, firmly fixed in his mind (308).

All quotes are from, John A. Broadus, A Treatise on the Preparation and Delivery of Sermons (New York: A.C. Armstrong & Son, 1897)