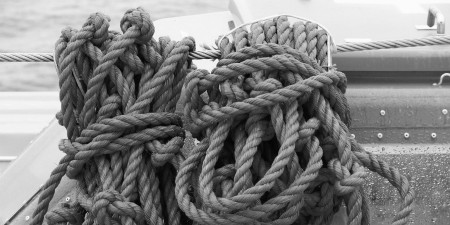 The church at Kettering would be where Fuller would spend the rest of his ministry (it still exists today as Fuller Baptist Church). Fuller was a diligent and hard working pastor. When you read his letters in Armies of the Lamb you find he most often concludes each letter with “my hands are so full I must at present conclude.” Fuller believed the Gospel mission mandated willing sacrifice and suffering, after all, as he kept reminding others; we are in the army of the Lamb who were to win for him the reward of His suffering.

Fuller was serious about the study of the Scriptures and deep theological thinking. If he had not been, his life would have been a lot more comfortable and the modern missionary movement may not have thrived.

“A man of incredible energy, Fuller slept little, worked tirelessly, and took little thought for rest or ease. While some majored on the devotional aspects of religion, Fuller’s strength turned to the intellectual and practical aspects of faith. While engaged in his study and writing, he was reluctant to be disturbed by casual visitors. When such appeared, Fuller would block the door with his massive frame, deal with them as quickly as possible, sometimes by glancing at and pointing to a plaque on the wall reading, “He who steals my purse steals my money; he who steals my time steals my life.” (The Baptist Heritage, 182)

Now, do not envision Fuller as some weak-kneed, book worm. This son of farmers was a man’s man in every way.

He was described as “a big, broad-shouldered man over six feet tall. Possessed of incredible strength.” In his youth he had been a feared wrestler and it was said that even into his adult years “when he met another strong man he would give him an appraising glance and mentally calculate if he could defeat him” (The Baptist Heritage, 181)

In the end, every ounce of his strength would be used to live out his conviction that the gospel must be preached to every creature. It was in his first year as pastor at Kettering that Fuller along with friends John Sutcliff and John Ryland Jr., called the local Baptist association to meet “the first Monday evening in every month for prayer for the extension of the gospel.” (Complete Works, 1 p. 35)

Joseph Belcher writes, “It is, perhaps, not too much to say that these gave the impetus to that missionary spirit which afterward extended itself successively through every denomination of the Christian world.” (Complete Works, 1 p. 35)

These simple prayer meetings among a small group of people with a burden for the spread of the gospel were powerful enough to transform the world. In 1785, the theological shot that would eventually be heard round the world, The Gospel Worthy of All Acceptation, was published. Fuller was immediately criticized and vilified from two directions: the high Calvinists on one hand and the Arminians on the other. According to Fuller, the former denied man’s responsibility and the later denied God’s sovereignty and both were deadly errors that obscured the gospel, dishonored Christ, and led to lethargy and ease in the pews.

From that time forward he would look out from his diligent pastoral labors in Kettering (where he was known as a village evangelist) with a view to the entire world that needed to hear the gospel. Through every attack, assault, personal tragedy, and seeming insurmountable obstacle he gave himself without compromise to the task of missions. 1792, was a year of personal tragedy but global triumph as Fuller’s wife died but the Baptist Missionary Society was formed. Fourteen insignificant ministers passed around a snuff can to collect a paltry sum of money in the back parlour of a women’s house and the modern missionary movement had begun. Fuller explains how their actions were viewed when he writes, “When we began in 1792 there was little or no respectability amongst us.” (William Carey, 80)

William Carey is often described as the founder of the modern missionary movement but it is doubtful Carey would have ever been sent to India without Andrew Fuller providing the theological foundation for such a mission.

Carey’s great, grandson and biographer writes, “It was fitting that Kettering, Fuller’s home town, should be the mother town of modern . . . missions. More than anyone else he had rescued the churches . . . [with] a Christian sense of obligation to carry the Gospel to the unreached world. His sledge hammer had broken the cold reasoning . . . He had saved the day . . . and was to prove to be the unrivaled home captain of the missionary cause.” (William Carey, 80)

Fuller was elected the first secretary of the Society and remained in the position 23 years, until his death, in 1815. He took on himself the task of promotion and fund raising for this unpopular venture and faced down considerable political opposition as well, all the while, faithfully serving the Kettering church. His journals reveal never-ending letters, constant travel to raise support of the missionary cause, which often involved preaching 3 and 4 sermons in a day.

Fuller suffered so much in labor and exertion for the Society’s first mission efforts to India that his friend John Ryland Jr. would write, “Fuller . . . provides the persevering energy to the execution of the project. His commitment was unto death.” (The Baptists, p. 266)

Fuller recounts the beginning of the work, “Our undertaking to India really appeared to me, on its commencement, to be somewhat like a few men, who were deliberating about the important of penetrating into a deep mine, which had never before been explored. We had no one to guide us, and while we were thus deliberating, Carey, as it were, said, ‘Well, I will go down if you will hold the rope. But before he went down, he, as it seemed to me, took an oath from each of us, at the mouth of the pit, to this effect, that [we] while we lived, should never let go the rope. You understand me. There was great responsibility attached to us who began this business.” (The Life and Death of Reverend Andrew Fuller, p. 251)

When Carey and others were to leave on the mission Fuller wrote in a letter to Ryland Jr., “My heart fears while it is enlarged. . . . I am much concerned with the weight that lies upon us; it is a great undertaking, yet surely it is right. We have all felt much in prayer. We must have one solemn day of fasting and prayer on parting with our Paul and our Barnabas.” (Collected Works 1, p. 63)

According to Fuller there was no disassociation between the responsibility of those who would go and those who would stay. The burden was great for both because both would sacrifice and suffer for the Great Cause. Fuller never let go of the rope and it burned his hands again and again.

There is so much more that could be said about his voluminous writings, passionate labors for the advance of the Great Commission, and personal circumstances. In 1793, he suffered facial paralysis. Nine of his children did not outlive him. In 1794, he married Ann Coles, whom he called the perfect helpmate. In 1798 and 1805, this uneducated son of farmers received honorary doctorates from Princeton and then Yale, which embarrassed him. But let me note one other important thing for our purposes.

The rope holder with burned hands called every member of the church to grab the rope and feel the singe:

“The primitive churches were not mere assemblies of men who agreed to meet together once or twice a week, and to subscribe for the support of an accomplished man who should on those occasions deliver lectures on religion. They were men gathered out of the world by the preaching of the cross, and formed into society for the promotion of Christ’s Kingdom in their own souls and in the world around them. It was not the concern of the ministers or elders only; the body of the people were interested in all that was done, and, according to their several abilities and stations, took part in it. Neither were they assemblies of heady, high-minded, contentious people, meeting together to argue on points of doctrine or discipline, and converting the worship of God into scenes of strife. They spoke the truth; but it was in love: they observed discipline; but, like an army of chosen men, it was that they might attack the kingdom of Satan to greater advantage. Happy were it for our churches if we could come to a closer imitation of this model!” (The Armies of the Lamb, p. 34-35)

After his death in 1815 at age 61, his wife Ann summed up his life of suffering for the world mission when she said, “I am fully persuaded that my dear husband fell a sacrifice to his unremitting application to the concerns of the mission.” (Completed Works, p. 110).