Sober Honesty on the 42nd Anniversary of Roe v. Wade 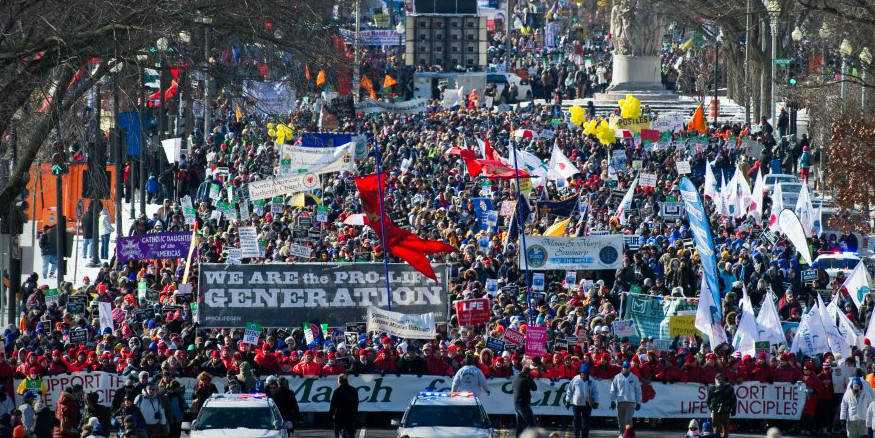 On the 42nd anniversary of the legalization of abortion in America we need some honesty. The failure today of the Republican controlled House of Representatives to pass an election campaign promised bill banning most abortions after 20 weeks has ended the charade that the Republican party is the party of values. The promised legislation that would protect babies who if born prematurely could survive outside the womb has strong popular public support. The Pain Capable Unborn Child Protection Act was little more that outlawing infanticide.

Campaign brochure pro-lifers unwilling to spend any political capital on the issue are the worst sort of pro-abortion politicians and they have been duping social conservative voters for decades. At least the openly pro-abortion politicians are forthright in their support of this horrific societal evil. More insidious are those who want to use something as sacred as the lives of unborn children as a deceptive talking point to gain the votes of social conservatives while in practice using their office to perpetuate legalized infanticide. As Ross Douthat tweeted:

The idea that GOP is a party of moneyed interests posing as a culturally conservative party is, um, not always without empirical support.

For years I have only voted for openly pro-life candidates. As an unashamed single-issue voter, from this point on I’ll only vote for pro-life candidates and those who spend political capital on the issue while in office. If a ban on killing 20-week old babies in the womb is controversial in Republican Party then social conservatives need to stop giving them the political cover of being the pro-life party.

Ultrasound technology has changed the nature of this debate by providing a glorious glimpse into the intricate detail of the beautiful human life growing in a mother’s womb. The debate can no longer be cloaked in technical scientific and biological jargon. We can all see that it is a life in the womb. The demand of the hour is simply courage and conviction. What we have witnessed in this bill being pulled is an egregious act of moral cowardice. Nevertheless, the gospel is true, life is precious, and we can and must be the convictional voice of the voiceless. There is not a pro-life American political party but there is a pro-life church and the gates of hell shall not prevail against it.