Should Christians in America Fight for the Religious Liberty of Muslims? 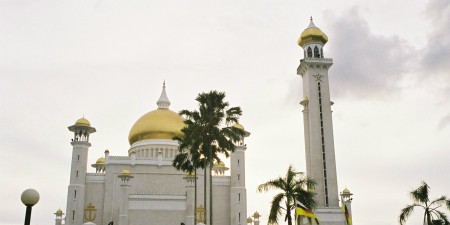 Here is a question I recently received from a pastor:

Would you agree that Islam is a clear and present danger to our nation? Since the Koran plainly advocates death to all infidels then shouldn’t we consider every Muslim hostile to our national safety? Does it not set American liberty against itself to fail to treat Muslims as hostile to our national interests? The call for jihad is an inseparable feature of the modern global expression of Islam, and we see persistent terror attacks so why wouldn’t we acknowledge and deal with the problem by denying the construction of mosques, halting the immigration of Muslims, and profiling Muslims in the United States? Just trying to work through this and any help would be appreciated.

Below is my answer to his question:

We must certainly recognize that ISIS and other radical Islamist individuals and military groups are a clear and present danger to our national security. Individuals who threaten the security of our nation and its citizens should be held accountable to the laws of our land regardless of their religious faith or lack thereof. There have been times when individuals and groups professing Christian faith were a threat to themselves and to others (Branch Davidians, Army of God, Eric Robert Rudolph, Christian Identity, the KKK and others also claim to be Christian organizations). Such instances have thankfully been extremely rare aberrations, but I mention them because when they have run afoul of the law, they were not investigated as Christians but as individual lawbreakers and rightly so.

The same should apply to Muslims. If a Muslim is investigated by authorities, it should not be because they are a Muslim but rather because they are suspected of lawbreaking. Christians should defend the right of Muslims (and all other religious individuals) to exercise their religion freely in the United States within the bounds of the rule of law. Many respond to this historic Baptist call for religious liberty by suggesting that Islam is inherently violent and assert that its own holy book calls for jihad and death to Jews and Christians so it should not be treated like a religion at all, but more like enemy combatants in war. But fundamental to the practice of religious liberty is that people are held accountable as individuals and citizens and not as classes of people or religious groups. All individuals are free to exercise their religion, and all individuals are held accountable to the law of the land.

Suggesting otherwise would necessitate a governmental office of hermeneutics to render the official governmental interpretation of every religion’s holy books and writings. Believe me; Christians do not want a government bureaucrat telling people of faith what the Scripture really means (nor do other religious groups). To do so would be tantamount to the formation of a state church. How might a governmental office of hermeneutics interpret the Biblical passage: “Thus says the Lord of hosts, ‘I have noted what Amalek did to Israel in opposing them on the way when they came up out of Egypt. Now go and strike Amalek and devote to destruction all that they have. Do not spare them, but kill both man and woman, child and infant, ox and sheep, camel and donkey’” (1 Samuel 15:2-3). If you want to know, just look at how secular liberals already attempt to use verses like this to oppose and mock Christian faith. Of course, any faithful student of the Bible knows that these biblical verses rightly interpreted in light of proper hermenuetics represent a blessing and not a danger to our national well-being and security. But I certainly would not want to count on a U.S. secretary of hermeneutics in an increasingly hostile government to interpret this passage or any other passage properly.

This discussion of Muslims and religious liberty is not a merely theoretical one for me. The church I pastor, Ashland Avenue Baptist Church, has an aggressive ministry to international students in the Lexington metro area. Most Sundays, we have Muslims in our worship services who are friends of Ashland members. These are friendships that our members hope and pray will ultimately lead to their friend’s faith in Christ. At Ashland, we have had the opportunity to meet many gifted, kind, and humble people through these friendships. These Muslim students, unlike some radical Islamists, largely interpret jihad as an internal state of mind. They believe in Allah and reject the divinity of Jesus as the Christ but they have no personal animus toward us, and they listen as we preach the gospel and frequently ask thoughtful questions. If we were to go along with the government saying that our Muslim friends cannot interpret the Koran according to their conscience, then we will have no way to keep the government from regulating our religious practices as Christians as well.

Each year at Ashland we also host an International and Refugee Thanksgiving Dinner. We serve a traditional Thanksgiving meal, and a table host asks everyone to share what they are most thankful for and then the table host explains that they are most thankful for the gospel of Jesus Christ. The host provides the table guests their contact information and asks is they would like to have a Bible in their language of choice. One year, an older member came to me at the conclusion of the dinner with tears in his eyes and said, “Pastor, every person at my table was Muslim. Two from Iran, two from Saudi Arabia, and two from Turkey, and you know what I found out? They have the same desires, fears, and hopes in many ways as my own kids. I will never watch the news the same way again. I want them to know Jesus.” You know why he was able to have that conversation? American religious liberty. The government does not have a gospel mission, but we do. A state office of hermeneutics and government that decides whose religious beliefs are acceptable is functionally a formalistic and dead state church.

Government should protect every man in thinking and speaking freely, and see that one does not abuse another. The liberty I contend for is more than toleration. The very idea of toleration is despicable; it supposes that some have a pre-eminence above the rest to grant indulgence, whereas all should be equally free, Jews, Turks

[Muslims], Pagans and Christians” (“A Chronicle of His Time in Virginia,”
The Writings of the Later Elder John Leland, 1845).

Before the law in America we are not Muslims, Christians, Hindus, Buddhist, Jews, Christians, Whites, Blacks, Hispanics—we are citizens only. Each one of us, as a citizen, is accountable to the laws of the land and should have the soul freedom to live out their faith according to the dictates of their conscience without governmental coercion or regulation. Christians should defend the religious liberty of other faiths with as much zeal as they defend their own. We Christians follow the one who is “the truth” (John 14:6), and we have no reason to be intimidated by the beliefs of others because we know the power of the gospel to save. The answer to the false religion of Islam is not governmental regulation but rather the truth of the gospel of Jesus Christ. Baptist Christians have long been champions of religious liberty for all people and may we continue to say; here we stand; we can do no other.

David E. Prince is pastor of preaching and vision at Ashland Avenue Baptist Church in Lexington, Kentucky and assistant professor of Christian preaching at The Southern Baptist Theological Seminary. He is the author of In the Arena and Church with Jesus as the Hero. He blogs at Prince on Preaching and frequently writes for The Ethics and Religious Liberty Commission, For the Church,  the BGEA and Preaching Today