Hope for a Hopeless Marriage 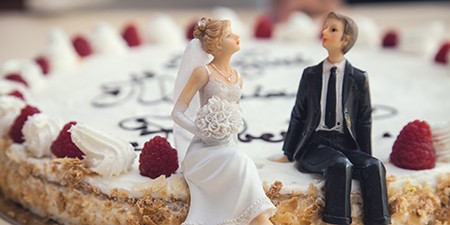 [The following is a guest post by Chad Lindon, Intern at Ashland Avenue Baptist Church]

Sandy and I met in high school and became friends while she dated one of my friends. As time progressed I won her over, and our relationship ramped up quickly into a physical relationship before marriage. I drank and partied heavily, and she went along for the ride. She allowed me to use her, and I did because my own personal satisfaction was what I valued more than anything else. I looked to the world for joy and satisfaction, not realizing that what I was looking for could only be found in Christ.

I worshiped the creature instead of the Creator (Rom 1). I couldn’t see past my own immediate carnal lusts enough to perceive that I was selfishly using Sandy and others. The Scripture that best summarizes my life during this time is Proverbs 26:11: “Like a dog that returns to his vomit is a fool who repeats his folly.” Many times I lived this out literally by drinking myself sick, only to return to the same poison the next day. When I look back at my sins, I can’t even begin to estimate how many volumes they would fill if I tried to record them, but God has them recorded. He knows them all, for even the secret sins are not hidden from him (Psalm 69:5).

Our lives continued on this path of destruction for many years to follow. Our marriage resembled a roller coaster ride of spending money, drinking, and generally trying anything we could to escape from the painful reality of our broken relationship. Divorce was always an viable option for us. All the while her heart continued to get colder toward me as I sought to gain control over her. In a horrible distortion of biblical headship and submission, I figured I was the man and she should listen to me.

Meanwhile, the drinking got heavier. I would stop by the convenience store on the way home from work to grab a beer for the drive home. If I went home sober, I feared I would have to feel reality. I wanted to feel good. I wanted to be satisfied, but I was deceived. By filling my life with addictions, I was only fogging my perception, but I wasn’t actually curing anything. Instead, I was driving a wedge between myself and God and also myself and Sandy.

It all seemed so hopeless, but it wasn’t.

When we had our first child in 1996, I wanted to be a good dad and a good husband. The problem was that I didn’t want to give up anything for either. In case you were wondering, selfishness doesn’t beget good relationships (Jam 3:16), and all of mine were train wrecks. I didn’t know it at the time, but what I needed most was to die (Rom 6:11), not physically but spiritually. I needed to die so that through Christ I could be resurrected and redeemed (Rom 6:4). Only He could redeem my relationship with God, and only he could redeem my marriage. I needed a gracious, merciful, loving Savior. I needed Jesus, and Sandy did too.

I had heard about Jesus all of my life. My grandmother praised him, thanked him, and cried out to him for help and mercy whenever there was crisis. But to me Jesus was something distant and confusing. He was an imaginary lucky rabbit’s foot that people used to make themselves feel better. Jesus didn’t fit into my agenda. Jesus made no sense to me because no one had ever told me that I was a sinner who needed a Savior. By the grace of God, that soon changed.

There were some men at work who started to have a Bible study during lunch. They invited me and prayed for me, but at first I refused. However, something started to change in my mind: I began to think about the fact that they could be right. I began thinking that I could very well be wrong. So I went to church and began reading the Bible. Even though I didn’t understand it all, one thing become clear: I was a sinner who desperately needed a Savior. If God did create me, then maybe he could tell me what to do. If I believed in justice in my world, why wouldn’t I believe in a just God? What if hell was real?

Finally, God saved me and there was a small glimmer of light in the dark tunnel of my life and marriage. But change was more of an excruciating plod, than it was a dash.

Moving Toward Gospel Hope in Our Home

Sandy was very excited about my new found faith (she had been saved a few of years before), but there were still a lot of unhealed wounds. My sin had wreaked havoc on her, and she needed time to receive the healing hand of Jesus Christ (Luke 5:17-26). For our marriage to get better, I would need to prove trustworthy, and she would have to forgive me and begin to trust me for the first time. We were both going to have to learn how to love each other…really love each other. We needed the gospel to transform every aspect of our lives—parenting, work, home, family, church—it would all have to be seen through gospel lenses. Everything that we had ever done would have to be reworked and renewed.

It really seemed impossible, but somehow we believed God could do it (Mark 10:27). After all, how could we believe that the universe is held together by the word of Christ (Heb 1:3), but not entrust him with our marriage?

Today our marriage continues to be a work in progress. Sometimes we’re selfish and insecure, and we occasionally battle one another for control. But today there’s a huge difference: we both know that our greatest need is Christ. Sandy doesn’t love me because I am the perfect husband. She loves me because she understands that Christ loves her. Today, when we’re struggling, we have something that we didn’t have two decades ago; we have true hope (Eph 2). Without Christ, we would probably be divorced, but God had other plans. I praise God that he has redeemed us and our marriage. As I await the perfect eternal marriage with Christ (Rev 19), I will fight to grow closer to my wife here on earth. We are together because God is sovereign, and He doesn’t make mistakes. She’s my bride, and I’m her husband. There’s no place I’d rather be.

A Little Hope and Help for You

I don’t know what your marriage looks like. Ours looked hopeless, but it wasn’t. We were so far away from Christ that divorce seemed inevitable, but it wasn’t. We are living proof that there is hope and that God can take wreckage and build something lasting and beautiful through Christ.

Over the years, we have had to work hard to apply the truths of the gospel to our lives and to our marriage. We still have selfishness and sin in our lives that we have to fight daily. Here is a short list of practical gospel wisdom that has really helped us along the way: