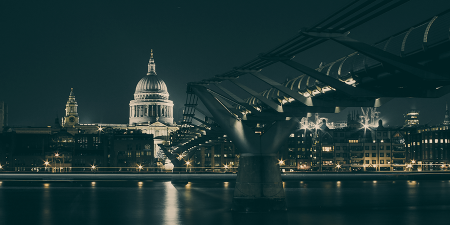 John Leland (1754-1841) fervently fought for religious liberty and became a key player in what is known as the Virginia experience. Leland found a strategic ally in Thomas Jefferson. It was an unlikely alliance because Jefferson was a skeptic of  Christianity and Leland was a fervent evangelical Baptist intent on uncompromising preaching the Gospel. Yet Leland and Jefferson shared a passionate belief in freedom of religion. Jefferson’s influence is evident in Leland’s writings but they go beyond Jefferson because they are explicitly Christ-centered.

Leland was convinced that the church must be protected from interference and incursions of the state, and believed that established religion was a societal and ecclesial evil. According to Leland, an established religion was harmful to the political process, and inevitably made the church an impotent tool of the state. Pointing to Leland’s significance Joseph Dawson argues, “If the researchers of the world were to be asked who was most responsible for the American guaranty for religious liberty, their prompt reply would be ‘James Madison’; but if James Madison might answer, he would quickly reply, ‘John Leland and the Baptists.’ ”

[1]
Below is a short essay by Leland that contains much wisdom that we would do well to apply in this election cycle.

As Nimrod was the great grandson of Noah, he founded his government not far from the beginning of the nineteenth century, A.M. His government is called a kingdom, and yet it speaks the language of a commonwealth. “They said, go to, let us make brick—let us build us a city, and let us make us a name. [Gen 11:4]” These expressions do not accord with the language of an absolute monarch. It is probable that, in the first founding of this government, there was a general consent—that a majority, if not of numbers, yet of affluence, agreed to the measure; for fancy itself cannot invent how government could take rise against the consent of the people. After the government was formed, Nimrod, by his exploits and deception, gained an ascendency over the rest.

In the twenty-fifth century, the twelve tribes of Israel were formed into a government, at Mount Sinai. This people received all their laws, both civil and religious, from Jehovah; consequently, they had neither legislature nor executive in their institutions. The judiciary was established among them. Judges over thousands—over hundreds—over fifties and over tens, were appointed; but no salaries were provided for them; the expense, therefore, of the civil list was nothing. The term in which the judges ruled (from the inauguration of Moses to the death of Samuel) was about four hundred and fifty years. While the stationary judges performed their work, a number of extraordinary judges was raised up, who judged and ruled the whole nation. Of this last description, there were sixteen. During this period, they had no king, “but every man did that which was right in his own eyes. [Jdg 21:25]” That they sometimes did wrong, is certain; but they did worse after they became a kingdom.

There were intervals, of forty years each, in which there was no war, while the judges ruled, and one interval of eighty years, which was never the case after their regal modification. Religion, in all its forms, was established among this people—the line of the priests was fixed—and their salaries appointed, which consisted of a tenth part of the products of the people. This, I say, was appointed—God commanded it; but, if men did not obey, they were accountable to God alone—the judges had no orders to take cognizance of it.

This people, at length, (to get clear of wicked judges, and have a general stated among them to fight their battles,) changed their government into a qualified monarchy. A king they would have—a king God gave them in His anger. The king, however, was to make no laws; but rule according to the laws given by Moses. The theocracy, therefore, still existed. Four kings reigned over the twelve tribes; and then ten of the tribes separated, and formed a distinct kingdom. Over these ten tribes, reigned nineteen kings in succession; and over the two tribes, on the throne of Judah, reigned twenty. The ten tribes were, at length, captivated by the Assyrians; and, some tome after, the two tribes shared the same fate by the Chaldeans. The length of time, from the royal modification of the tribes, unto the close of the dynasties of the two lines of kings, was about four hundred and seventy years. Over the two tribes, the crown was hereditary in the house of David; but over the ten tribes, he who was most ambitious and fortunate wore the crown. In short, all the qualifications of many of those kings were comprised in killing the one who reigned before them.

The Kingdom of Christ

About the middle of the fifth millennium, the kingdom of Christ was set up. Jesus said he was a king, born to bear witness unto the truth—that his kingdom was righteousness and peace, but not of this world; of course his servants were not to fight for it with carnal weapons. The cause of Christ, without coercion by law or sword; by appealing to the reason and judgment of men, gained so much evidence of its divinity, that in three hundred years, it overturned the empire, which claimed universal sway. Let it carefully be observed, that Jesus claimed no civil prerogatives among men—has set no example—given no code of laws for the government of state; but left all such affairs to have their course in Providence, while he pursued his object, the eternal salvation of men. It should here be noticed, that when Christianity overturned empire, as mentioned before, in a great measure, it overturned itself. Government, which before had opposed it, now flattered it. Learning, which till then had used all its force against it, now sought to support it by the aid of reasoning, and by the court and the college, Christianity was disrobed of her native beauty, and prostituted to the basest purposes. Christianity being established in the empire, it opened a large door for Christian officers: to fill the civil offices, the ambitious would be Christians; and to get a fat living, many would be called to preach.

The Proper Line between Church and State, Religion and Politics

Strange to relate! It was left for the United States of North America, to give the example to the world; to draw the proper line between church and state, religion and politics. Yes, from the beginning of Christianity, down to the close of the eighteenth century, A.D. it never prevailed among a people, of any considerable consequence, but they would either punish or pamper it almost to death: either to proscribe it, or make it a principle of state policy. To say that the government of the United States is perfect would be arrogant; but I have no hesitancy in saying, that the Constitution has left religion infallibly where it should be left in all government, viz: in the hands of its author, as a matter between God and individuals; leaving an open door for Pagans, Turks [Muslims], Jews, or Christians, to fill any office in the government, without any religious test, to make them hypocrites: securing to every man his right of argument and free debate: not considering religious opinions objects of civil government, or any ways under its control: duly appreciating that Christianity is not a scheme of coercion; but only calls for a patient hearing, a dispassionate examination and a rational faith.